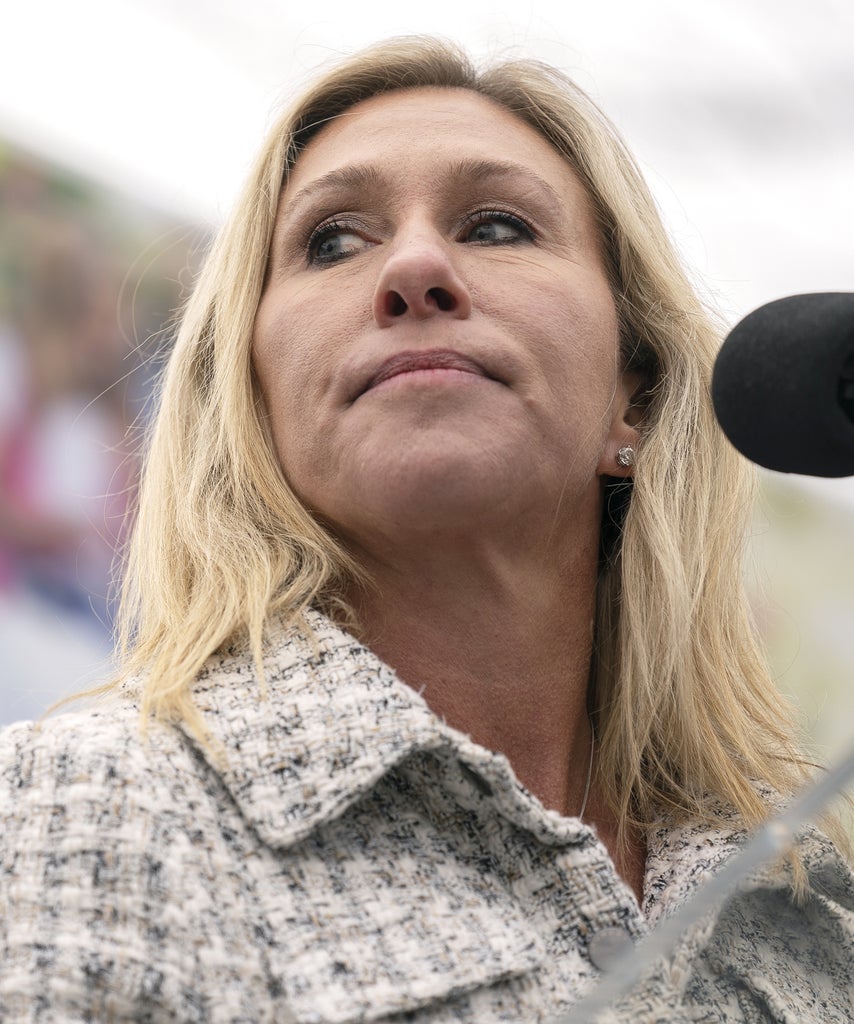 On Monday, Democratic House member Pramila Jayapal tweeted saying she tested positive for coronavirus after being evacuated to a secure room where several Republicans who “not only cruelly refused to wear a mask but recklessly mocked colleagues and staff who offered them one.” Quick to jump in with an alternative scenario in which Jayapal could have been exposed to the virus, Greene responded via Twitter, saying that Jayapal should speak with Pelosi “before you point fingers at me or anyone else.” She further theorized that it was infected House members who attended the vote for Speaker last week who must have transmitted the virus.

I hope you fully recover from #COVID19 without any complications!

Before you point fingers at me or anyone else, you need to talk directly to @SpeakerPelosi about exposing ALL of us to covid when she called back POSITIVE covid House members last week for votes for Speaker! https://t.co/MgXwUhyEkc

When asked about her accusation by NBC-affiliate 11Alive News, Greene stood by her claim, insisting that anyone who received a positive COVID-19 test result has Pelosi to blame. “Healthy people do not spread COVID. COVID positive people spread COVID,” she said in a statement. “Everyone was exposed ALL week by the COVID positive members who Nancy Pelosi brought into the Capitol and into Washington DC. It is absolutely ridiculous and insane to blame those of us who did not have COVID or symptoms…It’s absurd to say they caught it during the safe room.” Greene failed to mention that the idea that a person must exhibit symptoms in order to carry coronavirus has been disproven by medical experts, who say that it is common for people to be asymptomatic and spread the virus unknowingly.

During the attack on the Capitol on January 6, many Congress members hunkered down in windowless safe rooms for hours, no more than an arms-length from each other. While they may have been safe from the violence nearby, a video first published by Punchbowl News shows multiple maskless Republicans, including Greene, refusing masks offered to them by Democratic Rep. Lisa Blunt. According to an email sent by Congress’ attending physician, Brian Monahan, it is possible that individuals may have been exposed to the virus during that time.

A week after the riot, three Democratic lawmakers sheltered in that room have reportedly tested positive for coronavirus. Jayapal dubbed it a “superspreader event on top of a domestic terrorist attack,” in a statement released on her website.

Since blaming Pelosi for the spread of COVID-19 among Congressional members, Greene has also turned her anger toward …read more

Instead Of Addressing The Florida Vaccine Disaster, Ron DeSantis Berated A Woman Journalist

In case you needed one more example of why Florida Gov. Ron DeSantis is not fit to run a state, you can add “berates journalists” to the list of why he is a nightmare. While giving a press conference on Monday, DeSantis got into a heated exchange with CNN reporter Rosa Flores when she pressed […]

Season 7 of 90 Day Fiance brought some unforgettable stars to our screens. One of those couples — one that made it down the aisle — was Michael Jessen and Juliana Custodio. Despite an age gap and some obvious financial differences, these two really loved each other. Juliana is a model, and fans have truly […]

Abigail Heringer didn’t just make a major impression on The Bachelor Season 25 premiere. She made THE impression. Which is to say… she earned the official First Impression Rose from Matt James after bonding with the series lead at the opening evening’s cocktail party. Impressive, right? Even more impressive? Even more noteworthy? Abigail Heringer is […]