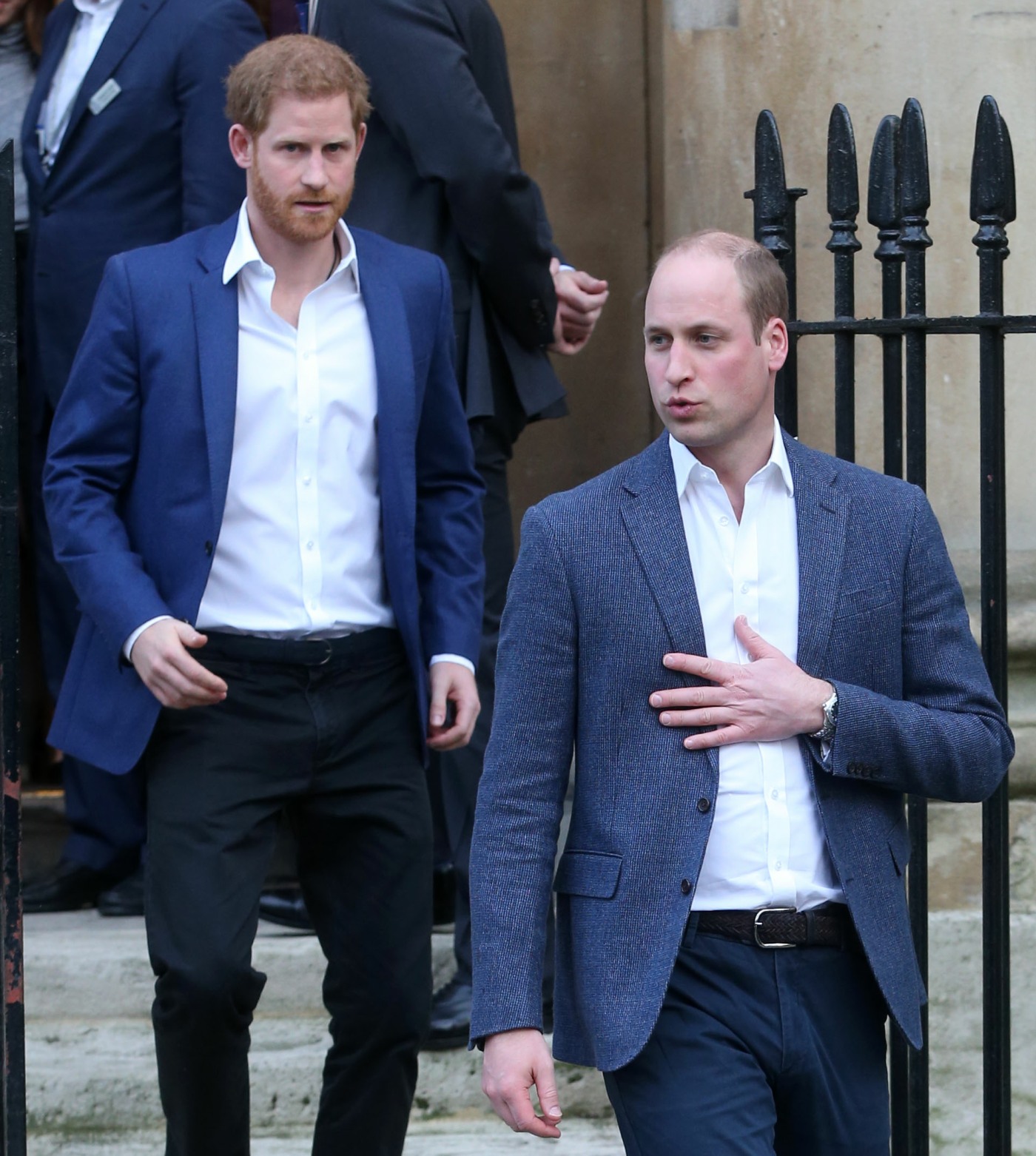 The gaslighting from Prince William has been as obvious as it is disturbing. William is neither wise nor kind, which isn’t shocking given the years of stories about his tantrums and rages. It’s also not shocking because William has spent the better part of two years smearing his brother and his sister-in-law, and now, like so many narcissistic gaslighters, he wants to assume an air of wounded grievance, as if William has merely been supportive all along and Harry and Meghan are completely unhinged and off-base. Yes, William has issued a statement about Sussexit. It’s very curiously worded too.

Prince William hopes the Royals can one day reconcile, he said in his first public comments on the Megxit scandal.

“I’ve put my arm around my brother all our lives and I can’t do that anymore…I’m sad about that,” he told the Sunday Times. The Duke of Cambridge admitted his “sadness” about Prince Harry and Meghan Markle‘s decision to “step back” as senior members of the monarchy, according The Sunday Times of London. William, 37, seemed resigned to trying to buoy the rogue couple as the fallout from their desire to splinter from the family continued.

“All we can do, and all I can do, is try and support them and hope that the time comes when we’re all singing from the same page. I want everyone to play on the team,” he said.

It’s a sharp turn from early reports that the future king and his father, Prince Charles, were “incandescent with rage,” at Harry, who allegedly did not warn his family that the announcement was coming.

William, whose wife Kate Middleton has been noticeably quiet amidst the controversy, has been heavily involved in trying to appease Harry and Markle in the last few days. He will join his brother, father and grandmother, Queen Elizabeth II, in person at Sandringham Estate in Norfolk, England Monday to find common ground. Markle plans to call-in from Vancouver, Canada, where she and eight-month-old son Archie are staying.

A book could be written about those three sentences. Like, why can’t William put his arm around his brother? Harry is hurting. Harry has been hurting for a while. Harry has been hurting partially because of William’s actions and William’s shenanigans. And instead of showing a genuine concern and a genuine desire to stop the smears, Men’s Mental Health Campaigner William is merely writing off his brother as unreachable. “All we can do, and all I can do, is try and support them and hope that the time comes when we’re all singing from the same page. I want everyone to play on the team.” The team, in William’s mind, is Everybody Under The Bus For Future King William. And “when the time comes” is colonizer-code for “when my wayward brother leaves Meghan and comes crawling back to me.”

ROYAL EXCLUSIVE: The Duke of Cambridge speaks of his “sadness” at …read more

View this post on Instagram A post shared by Gal Gadot (@gal_gadot) on Jan 8, 2020 at 10:00am PST Gal Gadot has two daughters, aged eight and two. As anyone who has kids that age knows, bedtime can be a real struggle. But Gal has found an answer that eliminates the struggle: meditation apps. Gal […]

One of the best moments/memes of the past few months was the absolutely GOLDEN shade aimed at Karlie Kloss by one of the Project Runway contestants. Contestant Tyler Neasloney knew he was about to be cut from the competition, so when Karlie Kloss sniped about she would never wear his dress creation, he sniped right […]

Michelle Williams wore Louis Vuitton to the Globes, made a pro-choice speech

By the time Michelle Williams came onto the carpet, I had forgotten that I was actually waiting to see her. We knew that she announced her surprise pregnancy last week, ahead of the Golden Globes, because she didn’t want to suddenly debut her bump out of nowhere. But wow, what a rollout. Michelle walked the […]