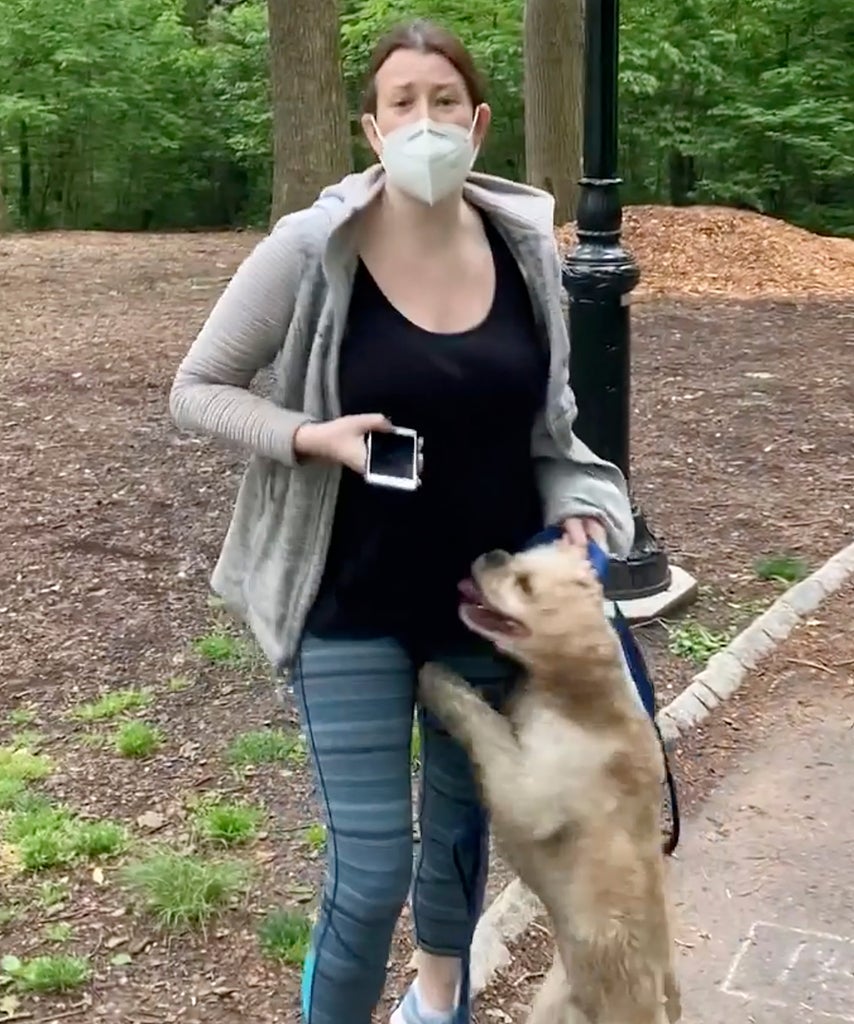 The saga of Amy Cooper, a white woman who called police on a Black bird watcher, continues. Cooper, who was caught on camera making false accusations to the police in Central Park, was charged with a misdemeanor for filing a false report after a video of her run-in with Christian Cooper (no relation) went viral on the internet. Now, as the case moves through the courts, a previously undisclosed second phone call to 911, in which Ms. Cooper accuses Mr. Cooper of trying to “assault” her, has been revealed.

During a hearing on Monday, Ms. Cooper’s lawyers were attempting to negotiate a plea deal that would allow her to avoid jail time. The charge she is facing, which includes the second call she made to police, can come with up to a year in prison. “The defendant twice reported that an African American man was putting her in danger, first by stating that he was threatening her and her dog, then making a second call indicating that he tried to assault her in the Ramble area of the park,” said Joan Illuzzi, a senior prosecutor, according to the New York Times.

For people familiar with the story, the mention of Ms. Cooper “twice” reporting Mr. Cooper is likely a surprise; the narrative up until this point has been around what had been captured on video: Ms. Cooper calling the police and telling them that an “African-American man” was “threatening” her after he requested that she put her dog on a leash in a section of Central Park that requires it. That alone, a white woman calling the police and pretending to be in distress while accusing a Black man of acting in a threatening manner, has been called an “act of racial violence” because of the danger Ms. Cooper likely knew she was putting Mr. Cooper in.

According to the New York Times, Illuzzi said Ms. Cooper had used the police in a way that was “both racially offensive and designed to intimidate” and her actions were “something that can’t be ignored.” And those actions are even worse than they initially appeared: Ms. Cooper called the police not once, but twice, and the second call was even more escalated than the first. In it, she accused Mr. Cooper of attempting to physically assault her.

Mr. Cooper does not support the charges against Ms. Cooper and did not participate in the investigation into the incident. Abolitionists, too, have come out against charging Ms. Cooper, who lost her job after the video was posted.

“We don’t have to charge Amy Cooper, and we shouldn’t charge Amy Cooper. Charging her is the easy solution. It’s the easy way out. And it reinforces the idea that justice can only be found in the disastrous carceral system we’ve created,” Josie Duffy Rice, the President of The Appeal, explained in a thread after the charges were announced in July. “Our most …read more

Allbirds’ New Eco-Apparel Is Here — & We Wore It First

While the interest in conscious consumerism has been long brewing, 2020 seems to be the year that brands are finally adding themselves to the sustainable shopping pot in a more meaningful way. We’ve seen an explosion of recycled-fiber styles from the likes of Everlane, Summersalt, and Madewell; the ever-increasingly popularity of secondhand outfits like the […]

Breath Is A Form Of Resistance For The Founder Of EXHALE

As a result of being abandoned by her biological mother, being bi-racial, and growing up in a Black home, Katara McCarty realized early in life that the color of her skin mattered. After becoming a single mother at 19 and finding the courage to leave an abusive relationship, McCarty became an entrepreneur holding leadership positions […]

Kate Beckinsale has had a thing for much-younger guys for a while now, and I still don’t really get it. I mean, she’s 47 years old, beautiful and rich, so she could date nearly any guy she wanted. If she wants to date younger guys, so be it. But the guys she actually dates are […]