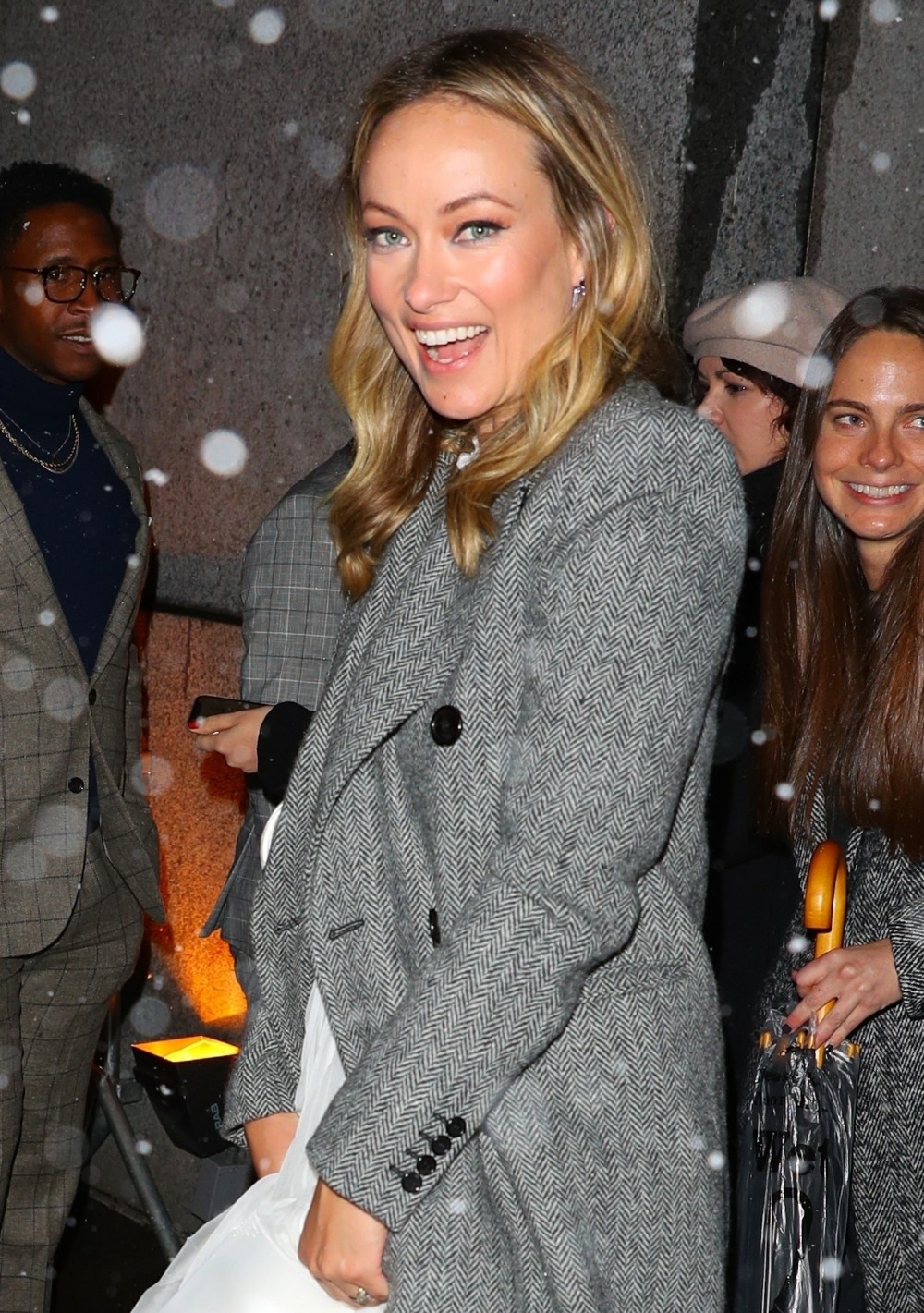 I don’t know about you, but I remember the Taylor Swift-Harry Styles breakup vividly. Their relationship only lasted a couple of months – long enough for several pretty pap strolls – and they reportedly broke up on or right around New Year’s Eve 2012/New Year’s Day 2013. While Taylor tried to play it like she dumped him and that he was broken up about it, I still remember Harry’s vibe of “whew, I’m so glad that’s over.” He went back to England post-breakup and Taylor literally flew out there to try to see him!! God, I still remember all of that. I’ve been thinking about that brief Swift-Styles relationship because, honestly, I’m getting a similar vibe from Olivia Wilde. Way too extra, way too fast. And like Swifty’s publicist back then, Olivia’s publicist is doing too much to promote this relationship, complete with careful updates to People Magazine.

Olivia Wilde and Harry Styles are heading across the pond. The pair, who were first seen holding hands at a friend’s wedding early last month, have been staying together at Styles’ Los Angeles home “for a while” and will soon be heading to England, a source tells PEOPLE.

Wilde will also be bringing her kids, son Otis, 6, and daughter Daisy, 4, to reunite with their dad Jason Sudeikis. The actor is currently filming the second season of Ted Lasso in London. Wilde, 36, and Styles, 27, had been working together on the upcoming film, Don’t Worry Darling, in L.A. The film is Wilde’s highly-anticipated sophomore directorial project which she also stars in.

First of all, I’m super-excited that we’re getting a new season of Ted Lasso!! The first season was so good! Second of all, Olivia has had the kids this whole time, while she’s been directing a movie and banging one of the actors? Hm. Third of all, yeah… too much too fast. I suspect the main reason why Olivia is going to England is to drop off the kids and all that. But there are definitely some old-school Swifty vibes all around.

Yes, The COVID “Baby Bust” Is Real — Unless You’re Rich

The “baby boom” predicted at the beginning of the pandemic is now widely acknowledged to have been a baby bust. Though there was an assumption that people would take the opportunity to procreate while stuck at home, instead states have reported large declines in birth rates for December 2020, nine months after lockdowns began in […]

Lady Gaga Was Just Spotted With Her Darkest Hair In Years

Anne Hathaway: ‘I was the 9th choice for Devil Wears Prada, but I got it’

Like virtually everybody else, I loved the film The Devil Wears Prada (I very much disliked the book). And I thought it was wonderfully cast. With the exception of Adrian Grenier and Simon Baker, who I could take or leave, I thought everyone was perfect. Even Gisele Bündchen did a great job in her tiny […]