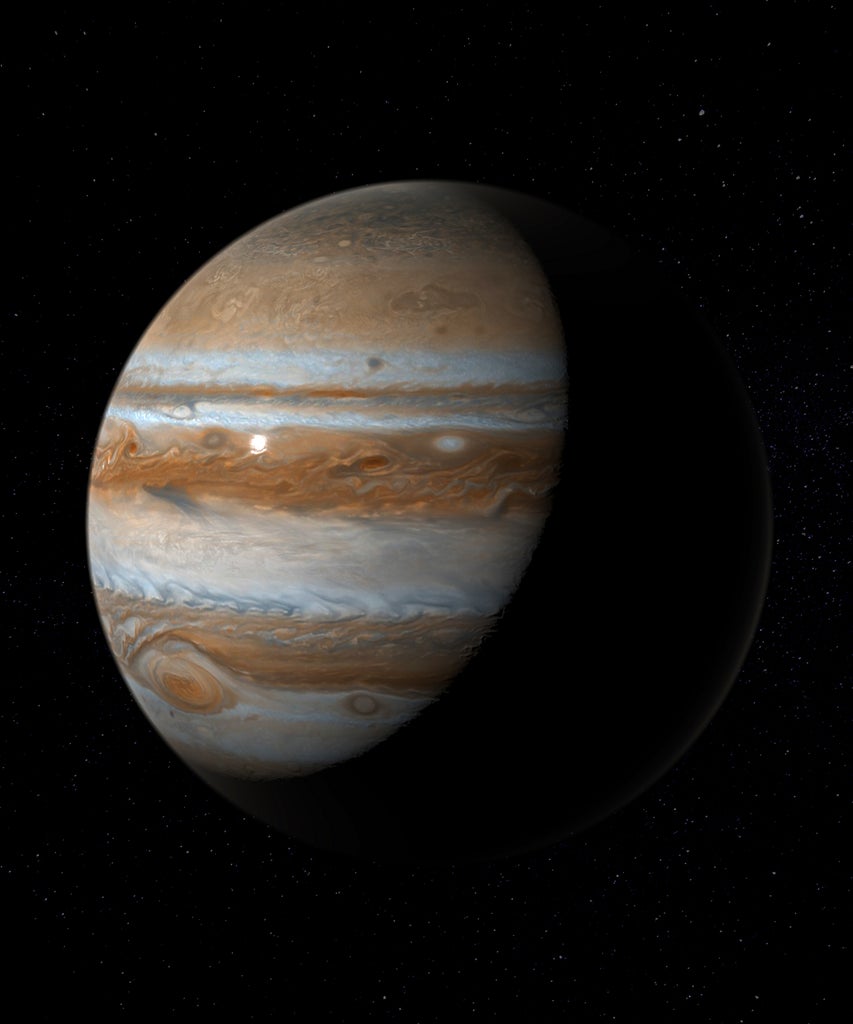 The year is already off to a wild start, and an unpredictable transit on January 17 might add fuel to the fire. That’s when Jupiter, the Planet of Luck and Abundance, will square with Uranus, the Planet of Freedom and Rebellion. This clash last happened in 2014, and when these two planets come together it often aligns with life-changing breakthroughs… or eruptive protests. Are you ready for it?

At the time of this square, Jupiter will be in Aquarius and Uranus will be in Taurus, says Narayana Montúfar, senior astrologer for Astrology.com. “Uranus’s job is to bring change by shaking up the status quo,” she explains. “The planet’s transits are usually intense and unpredictable.”

Those words describe the first month of 2021 to a T. But this specific square may offer an opportunity for a change in our energy, says astrologer Lisa Stardust. “We’ll feel overly optimistic and want to break through the constraints that hold us back,” she says. “Embracing our new mindset will open us up to amazing possibilities.”

If 2020 was the year of, like, realizing things — à la Kylie Jenner — then 2021 is shaping up to be the year of putting some action behind those realizations. The I-want-to-change-the-world energy here is explosive. “The square Jupiter forms with Uranus is important because it will magnify what Uranus is doing — which is bringing an enormous amount of change into our society and the way we relate to government and authority,” says Montúfar. “Jupiter is the largest planet in the solar system, and it expands everything that it touches.” The urge to change broken systems will be impossible to ignore.

While Jupiter squaring Uranus means drastic change for the collective, on a personal level we’ll be feeling the need to break free from what’s been holding us back. “If we’ve been feeling like a job, relationship, or situation is trapping us, the tension coming from the square might push us to act,” Montúfar says. This transit will affect everyone, but since it’s in a mixed square, if you’re a fixed sign — Taurus, Leo, Scorpio, or Aquarius — it’ll hit you especially hard. Each of those four signs will notice tension in a certain area: Leo and Taurus in their work lives; Scorpio in their love lives; and Aquarius in their home lives.

But, adds Montúfar, “While freedom is the ultimate goal, the presence of Mars in this configuration could make us do something that we might later regret.” The energy of this transit may have us trying to claw our way out of the constraints we feel that we’re in, but we must think things through and create a plan before acting. In other words, don’t quit your job on a whim without something else lined up. The word of 2021 should be intention.

Jenelle Evans Twerks In Tight Dress: Check Out How Thick I Am!

In case you somehow weren’t aware, Jenelle Evans loves TikTok. She loves it so much that she often posts on Twitter and Instagram about how much she loves TikTok. Jenelle claims that it’s because the commenters on TikTok are more polite. We say it’s because TikTok users are younger, and many of them are unaware […]

When Prince Harry and Meghan updated their Archewell site, they included a sort of mission statement which began with “I am my mother’s son. And I am our son’s mother.” They included photos of Meghan as a child with her mom, and Harry as a child with his mom, Princess Diana. We heard soon after […]