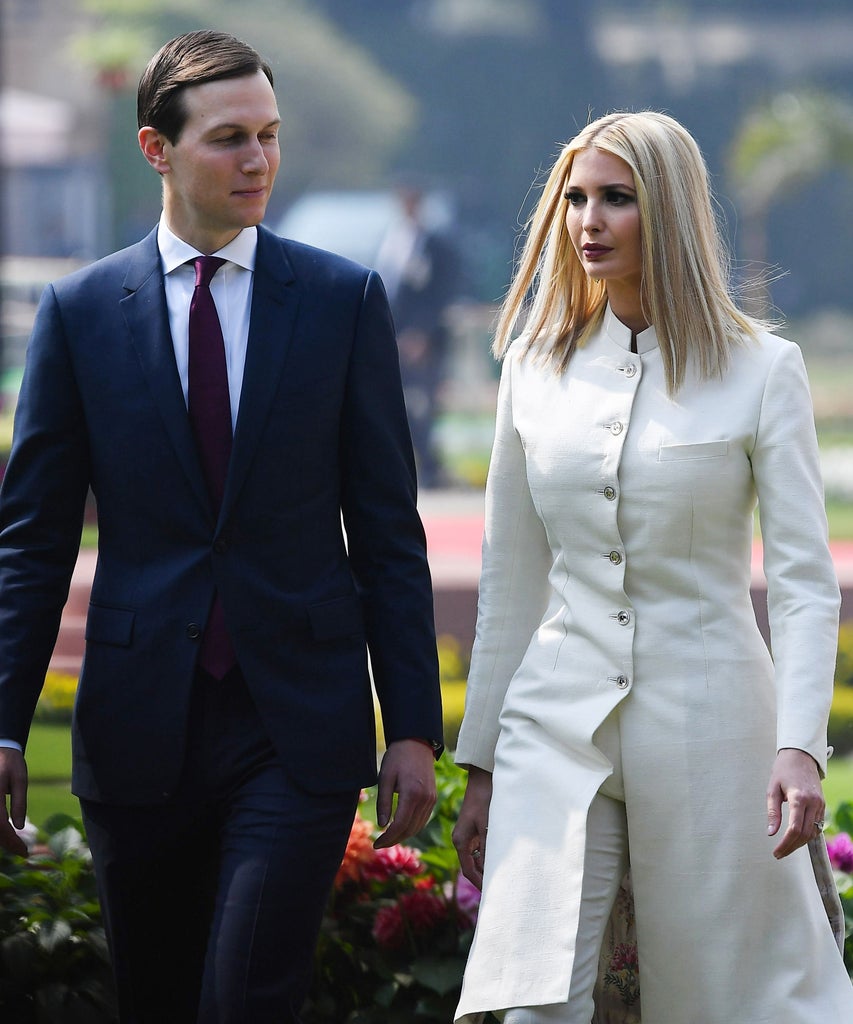 Over the last four years, the Trump family has made everyday life even more difficult for most people, including those working to protect them. In the latest, strange chapter of this Trumpian dystopia, it has come to light that U.S. Secret Service agents assigned to Ivanka Trump and Jared Kushner have apparently had to come up with some creative ways to simply use the bathroom.

Despite the fact that Trump and Kushner have more than six bathrooms in their Kalorama neighborhood home in Washington, D.C., secret service agents have been instructed they’re not allowed to use any of them, the Washington Post reports. Instead, agents have had to go to great lengths to find a bathroom on the job. According to the Post‘s report, in 2017, Secret Service agents relied on a restroom in a garage in former President Barack Obama’s house. They also had to make the one-mile drive to the home of Vice President Mike Pence to use a bathroom in a stand-alone guard station.

Since then, the federal government has been forced to implement some changes. Trump and Kushner’s Secret Service detail is still not allowed to use any of the restrooms inside their home, sure, but they can use one that’s apparently costing taxpayers upwards of $100,000. According to the report, the federal government has spent $3,000 a month since September 2017 to rent a basement studio from the Kushner family’s neighbors, just so they would have easier access to a nearby restroom. Lucky!

“It’s the first time I ever heard of a Secret Service detail having to go to these extremes to find a bathroom,” said one law enforcement official familiar with the situation.

The bathroom saga shouldn’t come as much of a surprise, though. After all, Trump and Kushner seem to think of themselves as royalty, as one of their former neighbors said. In the midst of a global pandemic, the Kushners transferred their three kids to a different school after other parents complained the couple wasn’t complying with COVID guidelines.

Likewise, Ivanka is so out of touch that in an interview with Yahoo! Finance last year, she described her pandemic lockdown experience as similar to “pretty much every parent around the country.” This couldn’t be farther from the truth. The First Daughter, whose net worth is roughly $375 million is having a far different experience during the pandemic than the millions of Americans now facing unemployment.

Neighbors of the Kushner family, like Marti Robinson, a trial attorney and Obama-appointed member of the U.S. Consumer Product Safety Commission told the Post they just want their “nice, quiet neighborhood back.” And they might be in luck. Last month, the couple bought property in a “Billionaire Bunker” enclave in Southern Florida, where they’re already having trouble with their new neighbors. Yikes!

There was so much talk about Queen Elizabeth and the coronavirus vaccine late last year. Like, there were actual high-level palace and government discussions about whether or not it should be announced when the Queen got the vaccine, and supposedly, the Queen didn’t want to announce anything while the government was like “you gotta say […]

If you ask us, the absolute best gifts are edible. Very few have been known to reject a personal platter stacked full of warm cookies — or, better yet, a basket of cupcakes sprinkled and frosted to perfection. So, unless you have a bunch of sweets-opposed peeps on your Love Day gift lists, the fresh-baked […]

Torrey Peters’ debut novel, Detransition, Baby, reads like a traditional, expertly done bourgeois domestic novel — but, with a trans woman at its center, it’s also unlike almost anything that’s been written before. It’s funny and gossipy and insightful and cutting and absolutely delicious, all while tackling issues from a lens that has been missing […]