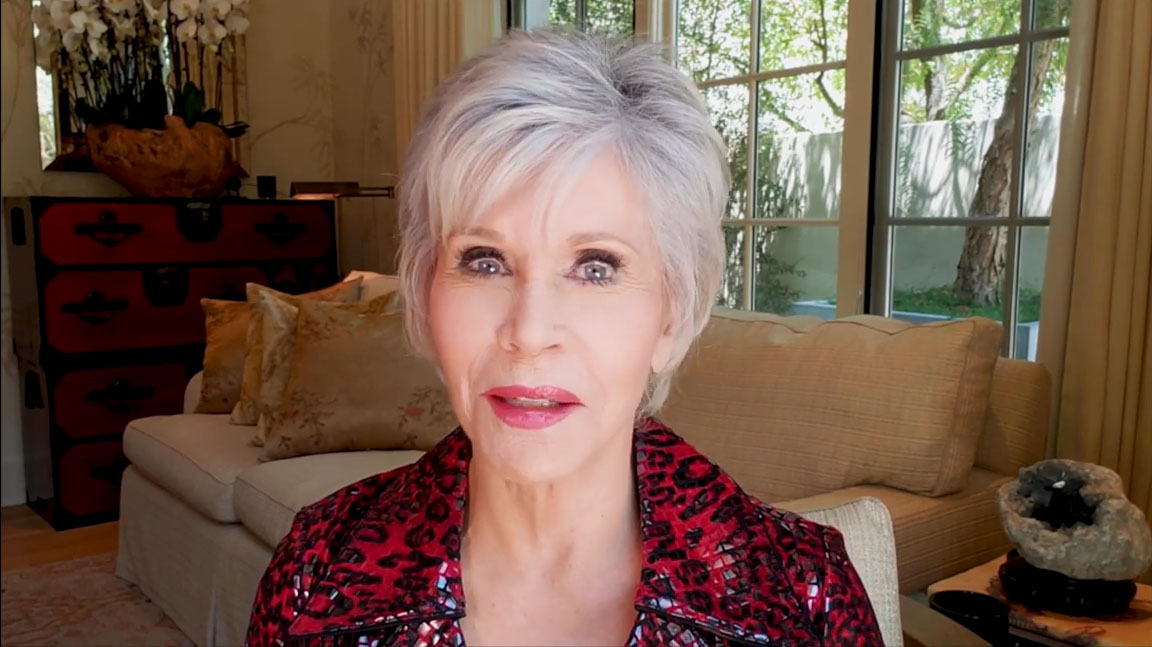 Maureen Dowd (who is trash) from The NY Times has a new long form interview with Jane Fonda, which reminds me how much I love reading Jane’s interviews. Jane gives zero f-ks at this point, she says what she’s thinking and tells very personal anecdotes. Outlets are focusing on Jane saying she regrets not sleeping with Marvin Gaye when she had the chance, which is interesting enough but she says so many revealing things it’s hard to know what to include. She provides very matter-of-fact and sad metoo stories without much context, she talks about the movies and shows she’s watching (I’m always interested in that) and she even reveals her weight. Plus she goes into depth about the motivation behind her Fire Drill Fridays activism. She called Ivanka trying to get the Trump administration on board and Ivanka laughed at her! I’m not excerpting that part but you can read it at the source.

Jane is a committed activist but she’s a pragmatist too and did you know that she personally canvasses Trump voters and just listens to them and lets them talk? She talked about that a couple of years ago. I could run three stories on this NYT interview easily.

Her MeToo stories
I was raped once by an actor, and I had one director, who is a French director, who said, ‘Your character has to have an orgasm, so I have to see what your orgasms are like.’ And I just pretended I couldn’t understand him. He was talking in French.

She loves new shows
In particular, she says, she’s really digging Saoirse Ronan; Michaela Coel and her show on HBO, “I May Destroy You”; Issa Rae and her HBO show, “Insecure”; and Ramy Youssef’s show on Hulu called “Ramy.” She said she loved the Charlize Theron’s Netflix superhero movie, “The Old Guard.”

The red coat she bought for Fire Drill Fridays will be her last clothing purchase
Never again. I have two closets full of clothes. I have clothes that I wore 30 years ago. I can still wear them. That’s one thing about not putting on too much weight. And when I can’t wear anything anymore, I just sell it now.

You know, just about every day. I’ll be in the middle of something and think, I would never have had time to do this or read this if I was …read more

Remember when we recently wrote that Audrey Roloff was making an effort to end the feud with in-laws? That may still very well be the case. But a new, explosive and potentially dangerous feud has actually broken out between Audrey’s husband and her brother-in-law… and actual lives may hang in the balance. The back-and-forth between […]

Paris Hilton: Britney Spears Has No Control of Her Life & It’s SO Unfair!

Despite a groundswell of #FreeBritney support, Britney Spears remains under her awful father’s control. Britney’s longtime friend Paris Hilton is as horrified by her predicament as the rest of us. That conservatorship is so not hot. Speaking to Andy Cohen in the video that we have included with this article, Paris Hilton is opening up […]

Fariha Róisín Is Reimagining The Future

“I’m feeling a lot of things about borders,” Fariha Róisín told me. “And the U.S. — and what is home.” We were speaking over Zoom, which, because of the pandemic, is probably what we would have done even if Róisín weren’t unexpectedly stuck in Portugal, and temporarily unable to come back to her home in […]