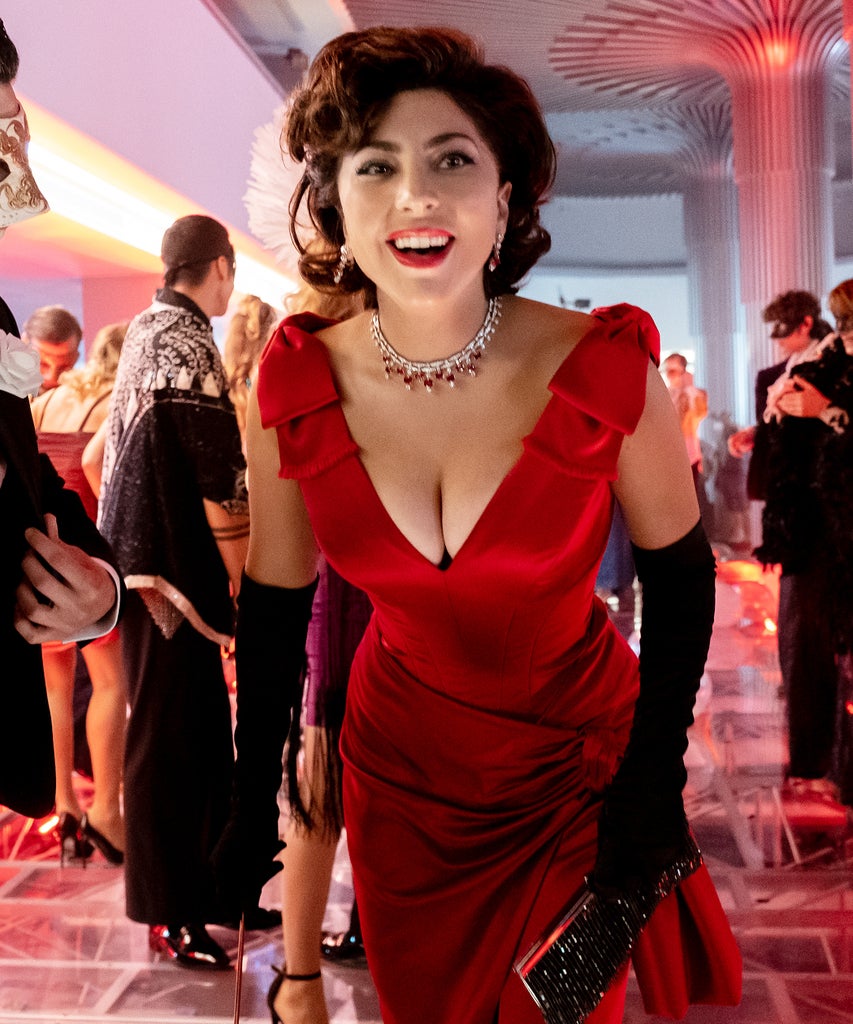 Warning: Minor spoilers ahead for House of Gucci.

For Janty Yates, it wasn’t just the fashion that attracted her to the House of Gucci. Rather the costume designer was interested in helping tell the story that led to the shocking murder of the Gucci heir, Maurizio Gucci, at the hands of his ex-wife, Patrizia Reggiani, through the looks in the film. “Who wouldn’t want to tell the tale of Maurizio Gucci’s murder?” she says.

The Ridley Scott film, starring Lady Gaga and Adam Driver, follows the Gucci family and the rise of the fashion house from the moment Maurizio (Driver) met Patrizia (Lady Gaga) in the ’70s to his death in 1995, all while giving audiences a glimpse into the history of the brand we know today. In particular, the film centers its narrative on Patrizia — born out of wedlock to a family with no social standing — who is often blamed for causing a rift in the family. As such, she is styled to look different from the Guccis. While the members of one of Italy’s wealthiest clans — that also include Aldo Gucci (Al Pacino), the once-patriarch of the Gucci family, and his son Paolo Gucci (Jared Leto), among others — are dressed in elegant suits, expensive watches, and shiny leather shoes, Reggiani wears gaudy ensembles, layers of jewelry, and a huge selection of furs.

To create Reggiani’s costumes, Yates worked hand-in-hand with Lady Gaga, who she says was a true collaborator when it came to sourcing and selecting looks for each scene. The actor-singer even let Yates access her personal archive, all preserved in a temperature-controlled room. “Imagine when Bobby, her manager, gave me the key!” says Yates, laughing.

Gaga also weighed in on set. Take, for example, the pink-and-black polka dot dress, from Yves Saint Laurent, that Gaga personally chose for her character. Then, there’s a scene in the film, in which Gaga dons a black turtleneck, layers of gold necklaces, and a fur hat. Although it was only the second day of filming, Yates and Gaga had already formed a bond strong enough for the Star Is Born actress to feel comfortable saying, “Let’s put four [necklaces] on,” after Yates put on just two.

While Yates was able to play with other designers like YSL, a Gucci family movie would not be complete without the signature double-G logos. For looks from the heritage house, she started her search at the Gucci Museum in Florence, where she was able to see footage and costumes dating back to the 1970s. Although the museum allowed Yates to borrow some vintage pieces, she had to source others from places like the Tirelli Costumi, a Rome-based costume house. Yates recreated the remaining looks from scratch. While quarantined in a hotel in Italy as a result of the pandemic, Yates and her assistant designer Stefano De Nardis turned monogrammed Gucci fabrics into some of the most memorable looks in the film, including a tunic-and-trousers combo that Lady Gaga wears in the …read more

James Kennedy and Raquel Leviss: It’s Over! After 5 Long Years!

After five years as a couple… and seven months as an engaged couple… James Kennedy and Raquel Leviss have arrived at one mutual conclusion: They are not right for each other. On Sunday, the Vanderpump Rules veteran announced that they had called off their marriage and called off their entire romance, as well. Yes, it’s over. […]

I Want To Spend Half My Paycheck On Rent. Will I Regret It?

Welcome to Taking Stock, a space where we can take a deep breath and try to figure out what the COVID-19 economy really means for our finances. Every month, personal finance expert Paco de Leon will answer your most difficult, emotionally charged questions about money. This year has forced many of us to reprioritize our […]

Kim Kardashian & Pete Davidson: We Wanted to Keep Our Relationship a Secret!

Well, folks, it’s official. After weeks of rumors and speculation, we now know that Kim Kardashian and Peter Davidson are dating. And based on how rapidly the relationship appears to be progressing, it seems that this is no casual hook-up situation. It was only a few weeks ago that Kim hosted SNL, and as far […]