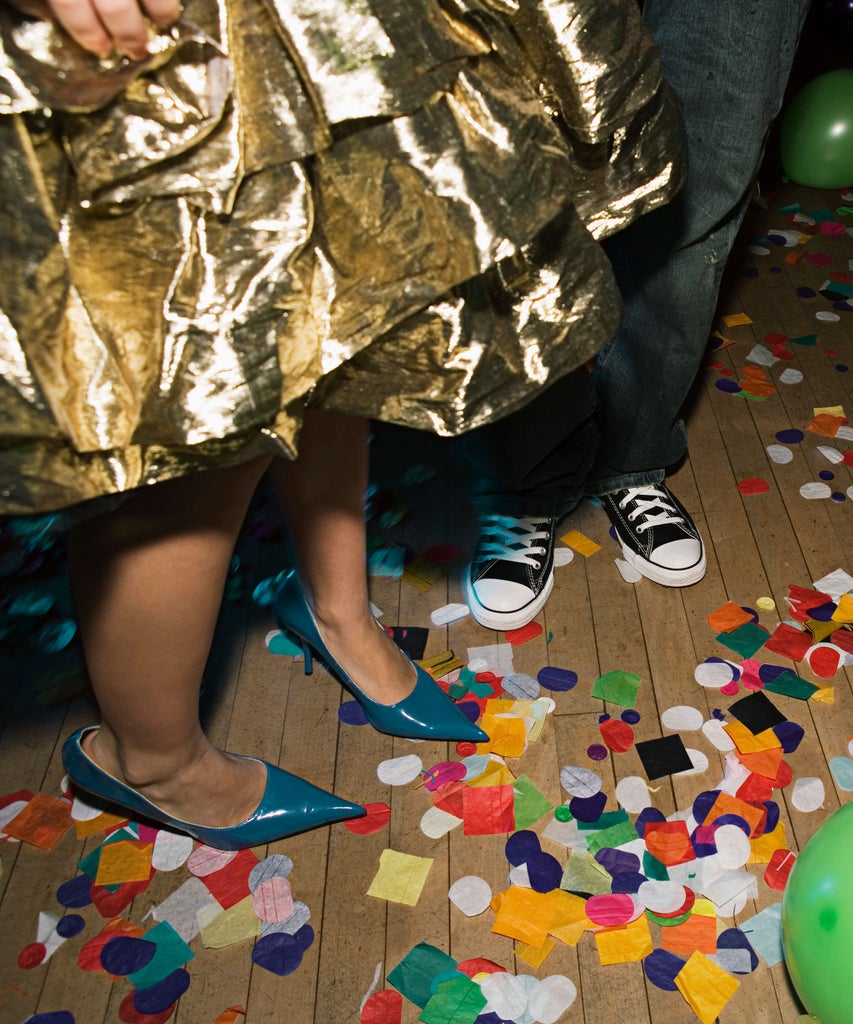 If you thought all proms were just cancelled because of COVID-19, you’d only be partially right. Tonight, the MTV Prom-athon is hoping to ease some of the restrictions that social distancing has put on this celebration by bringing a star-studded line-up right to your living room. You can tune on to the even — perhaps wearing your best pointed heels and slicked-back hair — alongside the likes of Chloe x Halle, Bebe Rexha, Janelle Monáe, Julianne Hough, other celeb favorites. But in case that lineup wasn’t enough for you, fear not: DJ Khaled has the honor of being the night’s “Prom Boss.”

The Prom-athon will be a celebration of and for the class of 2020, put on by MTV and When We All Vote — a nonprofit aimed at increasing voter participation. The all-night dance party will include some of the hottest artists of 2020, according to its website, but also former first lady Michelle Obama, who is a co-chair of the When We All Vote organization.

The prom-athon will have a special focus on commemorating graduating, but also another important milestone for young people: registering and voting in the national election in November. Earlier in 2020, the 2020 Prom Challenge selected 20 winning high schools across America that had prioritized and successfully integrated voter registration “in the most creative and impactful ways.”

Those schools are being highlighted during the prom-athon all day on MTV. Ahead of the prom-athon celebration this week, Michelle Obama herself hosted a Zoom call with 20 student leaders from each of the winning schools. “I’m just blown away by your commitment and your focus and the level of articulateness you are showing on this issue,” she told them.

So if you are looking to tune in to tonight’s festivities, there are two parts to this virtual pre-graduation celebration: a live stream and a broadcast. On Friday, May 22, the live-stream starts at 9 p.m. Eastern Time. The broadcast, however, is live on MTV right now if you have cable. Here’s how you can watch Prom-athon:

How to watch the broadcast

Although the Prom-athon live stream starts on Friday night, there’s a daylong on-air takeover on MTV. The television event includes throwback movies and short-form original content from the winners from high schools will air in the lead-up to the 90-minute virtual prom party. Both the broadcast and live stream at night will feature special celebrity appearances and “live” performances. You can watch on your Roku, Apple TV or Amazon Fire TV device, as well via MTV.

How to watch the virtual stream

The livestream will be available on the When We All Vote website. However, you can also stream the entire dance from ETLive.com and on the ET Live app from 6-7:30 p.m. Pacific Time, or 9-10:30 Eastern Time. It’s also possible to stream the program on MTV’s YouTube page at the same time.

Can A Hashtag Save Luxury?

For most of us, with the exception of secondhand finds and sale deals, items from luxury labels like Gucci, Bottega Veneta, and Chanel are aspirational rather than attainable. But ever since the pandemic began earlier this year, there’s been a sort of humbling effect in the fashion industry. No one label has been immune to […]

Sofia Richie: Did She Dump Scott Disick While He Was In Rehab?

Last week, thw world learned that Scott Disick had checked into a rehab facility in Colorado. This was not supposed to be public knowledge, and Disick is planning to sue the paparazzi who snapped his photo while he was coming and going from the facility’s main building. Disick has struggled with addiction in the past, […]

8 Gross-In-A-Good-Way Beauty Buys Worth Obsessing Over

I’m no stranger to waxing poetic about high-maintenance beauty products and tools that I’ve happily had the time to rediscover while stuck at home. But, what I never expected to find was a newfound love for beauty goods that, quite frankly, border on grody. In addition to nonstop masking my way to clearer skin throughout […]