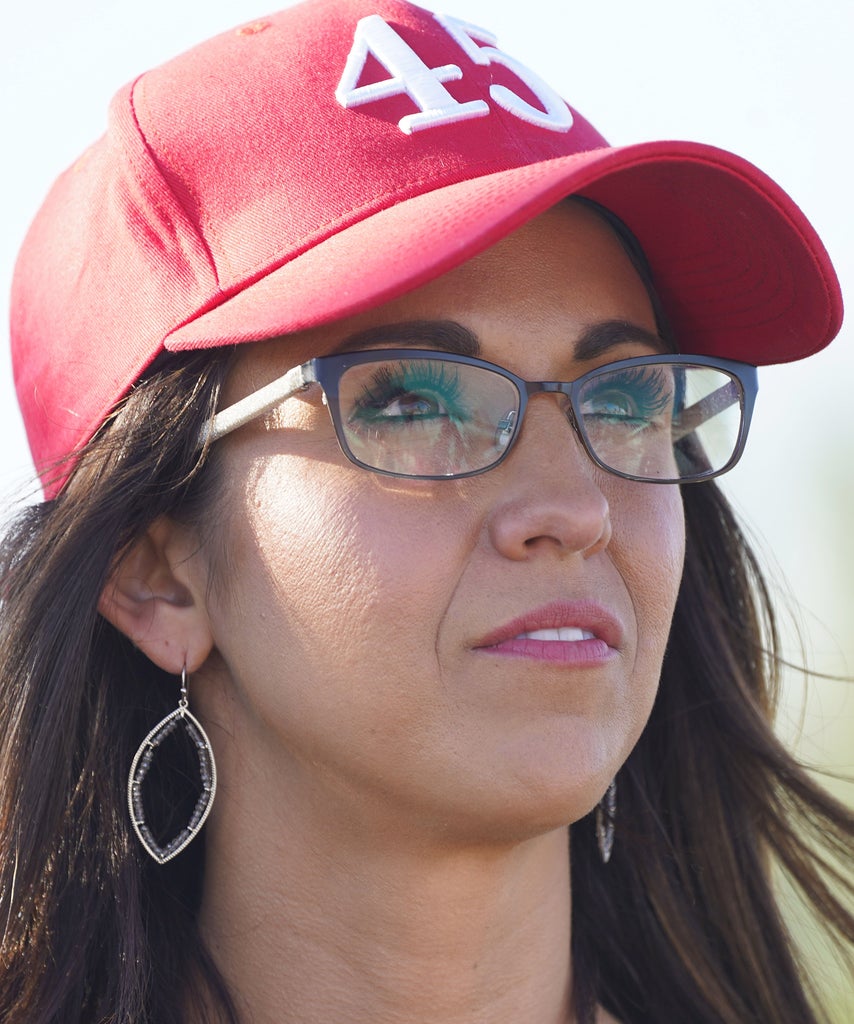 It appears gun rights advocate and newly elected Colorado Rep. Lauren Boebert is living up to her (terrifying) reputation as a far-right wing fanatic whose passions include the Second Amendment and QAnon. After facing scrutiny for apparently revealing House Speaker Nancy Pelosi’s location via Twitter during the Capitol attack, Boebert is now resisting new Capitol safety protocols by refusing to walk through metal detectors that have been placed on the House floor.

In a series of tweets addressing a confrontation she had with Capitol police, who attempted to search her bags after she set off metal detectors, Boebert blamed the left — and Pelosi, specifically — for the use of metal detectors as a “political stunt.”

“I am legally permitted to carry my firearm in Washington, D.C. and within the Capitol complex,” she wrote on Twitter. “Metal detectors outside of the House would not have stopped the violence we saw last week — it’s just another political stunt by Speaker Pelosi.”

This message came shortly after Boebert tweeted a video of herself carrying a loaded gun around Washington, D.C. in an effort to promote Second Amendment rights. But according to the city’s police chief, the new congresswoman will be investigated for carrying a concealed weapon registered in another state, which is not legally permitted in D.C. And although Boebert suggested that she was legally allowed to carry a firearm around the Capitol complex, acting House Sergeant at Arms Timothy Blodgett explained that congresspeople were only technically allowed to have guns in their personal offices.

Boebert’s refusal to comply with metal detectors opened the floodgates for already-building calls for her resignation. For over a week now, many pundits and other members of Congress have called for her removal from office for her actions before, during, and after the Capitol siege. On January 6, Boebert tweeted: “Today is 1776.” Later in the day, after sharing Pelosi’s whereabouts, she blamed “the far-left” for the riots.

“I denounced the violence over the summer just as I did the recent events at the Capitol. I defended our Constitution and I always will. America will persevere because freedom always prevails. But let’s get real—the far-left and their policies are causing harm to our country. I refuse to let their political machine write a narrative that millions of Americans know is false,” Boebert said.

It’s unclear what consequences Boebert may face for her refusal to comply with the House floor’s metal detectors. Though there is certainly a case to be made that it’s actually the least of her worries, since publicly sharing the location of a politician during a violent attempted coup could be considered aiding and abetting. Now, it remains in the government’s hands to fairly assess how dangerous this new congresswoman really is, and what the consequences are for stoking violence.

If you’re used to hitting the gym or peppering your schedule with SoulCycle classes, making the transition to home workouts may have posed some challenges. Whether you’re working on your fitness inside a small space (*raises hand*) or just plain prefer sweating in a group setting, we’re right there with you — which is why […]

Kylie Jenner: I’m Thicker Than Ever! (And Here’s How You Can Look Like Me!)

For the most part, Kylie Jenner prefers not to mess with perfection. Her look has remained mostly unchanged over the past few years, and she seems well aware of the fact that she pics she posts on Instagram helped her to become the world’s youngest billionaire.’ But in recent months, Kylie has tweaked her appearance […]

90 Day Fiance fans can be pretty darn opinionated — it’s part of the magic that keeps the franchise going. But for the stars that make viewers unhappy, that “passion” can feel like a cloud of stinging hornets. Rebecca Parrott knew when she signed on again that she and Zied Hakimi might catch some flak […]