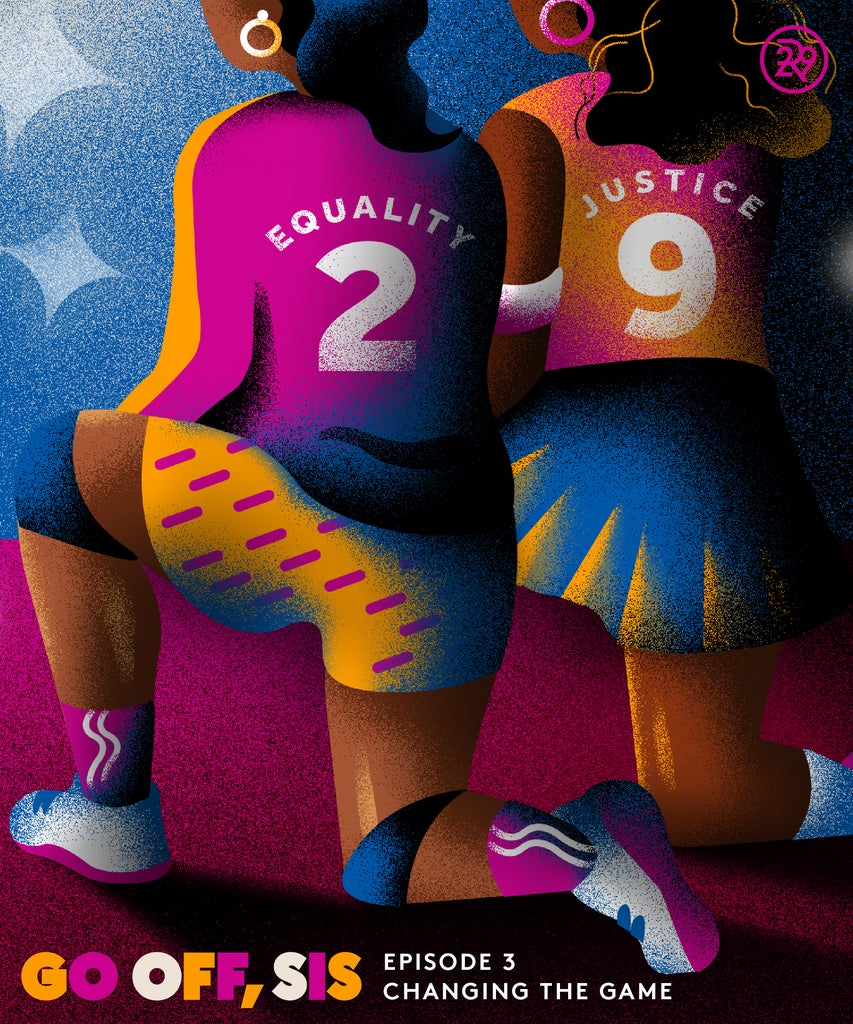 At a time when America is facing a long-awaited racial reckoning, we’re seeing change sweep across every industry. Sports is no exception, as more college and professional athletes refuse to just “shut up and play.” There are athletes like Makur Maker (now at Howard University), who are choosing to take their talents to historically Black colleges and universities (HBCUs) over predominately white institutions (PWI). And there’s former football player Deion Sanders, whose goal is to put HBCU football back in primetime with his decision to become a first-time coach at Mississippi’s Jackson State.

In the latest episode of Go Off, Sis, the podcast from Refinery29’s Unbothered, the hosts go hard in the paint with WNBA hoop star Chinenye “Chiney” Ogwumike, the All-Star player who is the first Black woman to host a national radio show for ESPN, while holding down her power forward spot on the LA Sparks.

Ogwumike credits Stanford University for helping her realize that athletes are capable of more than just crushing it on the court, track, or field. “I didn’t even know that it was a possibility for me to speak out on social justice issues and put pressure on the system — whether it’s my school or my coach for accountability,” says Ogwumike, who is a part of LeBron James’ More Than a Vote coalition. “Ownership matters. What we’re striving for is to be an owner of our own brands and our own communities, so that we can funnel as much good into it as we can.”

Late in the episode, Ogwumike and the hosts discuss how Black “existence is the resistance,” the challenges of putting your body on the line as a student athlete, and how HBCU students go hard for the game and the marching band at the same damn time.

For more sports-meets-advocacy convo and the importance of enlightening others who don’t share your same POV, listen to the full episode, below.

How Upcycling Connects This Venezuelan Artist To Her Roots

Introducing HERitage, a film series in partnership with Estée Lauder’s NEW Advanced Night Repair serum that explores how women across generations declare their self-worth through self-care. Below, visual artist María Elena Pombo shares how working with recycled materials connects back to her Venezuelan roots. To you, it’s an avocado. To visual artist María Elena Pombo, it’s […]

Jenelle Evans has a whole lot of time on her hands these days. It’s been over a year since Evans was fired from Teen Mom 2, but rather than seeking employment that would enable her to support her children and stepchildren, she prefers to busy herself by documenting every second of her waking life. This […]

BAM! The Freshest Cooking Gifts For Your Best Chef Pals

Home is where the heart is — or, better yet, it’s where the food is. The holidays are knocking at our kitchen doors, and our top-chef-aspiring pals are going to need something to fill the void of a robust festive gathering this socially-distant season: a cooking gift. Since we’ve already plunged headfirst into domestic affairs — including […]