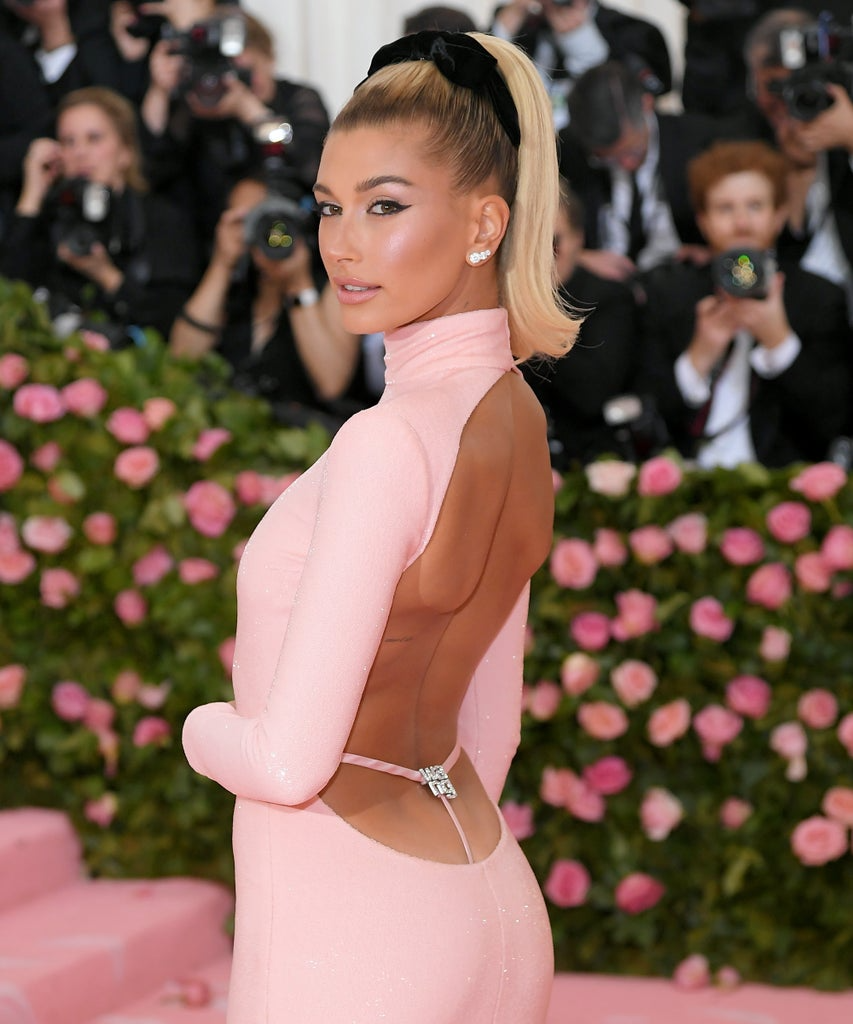 When Beyoncé’s British Vogue cover story was released, among a handful of stunning photographs featured, one stood out. The shot showed Knowles-Carter with her back to the camera in a low-back, red Christopher John Rogers gown, a crystal-encrusted Agent Provocateur G-string on display. “Someone needs to come collect me off the floor,” Whembley Sewell, Editor-in-Chief of Them, wrote below Rogers’ Instagram post. Under her comment, stylist Mecca James-Williams wrote, “MAJOR.” In the 48 hours following the story’s release, fashion search engine Lyst reported that search for Christopher John Rogers increased by 20%, as did red maxi dresses, which spiked 101%. The visible thong, a trend popular during Destiny’s Child Y2K reign, while surprising on the cover of a publication like British Vogue, is just the latest example of the G-string slowly creeping its way back into fashion in 2020.

The controversial trend, also known as a whale tail, made its fashion debut at Jean Paul Gaultier’s spring ‘97 runway show. A few years later, it was spotted on celebrities like Britney Spears, Paris Hilton, Christina Milian, and Christina Aguilera. At the 2000 MTV Video Music Awards, Spears wore a gold two-piece with a built-in G-string during a performance of “Oops I Did It… Again;” Hilton’s exposed thong debuted at a New York Fashion Week presentation in 2001; and Milian was spotted not once, but twice, in 2002 — first at the premiere of Spears’ flick Crossroads, and again at Justin Timberlake’s Justified release party. And these are just the highlights.

By the mid-’00s, to our relief, the trend went away… only to resurface again last year. At the 2019 camp-themed Met Gala, Hailey Bieber walked the pink carpet alongside designer Alexander Wang wearing a matching form-fitting gown with a low back. With the dress, Bieber showed off a thong that spelled out “Wang” in the same cotton candy shade of pink.

A month after the Met Gala, during spring ‘20 Milan Men’s Fashion Week, model Bella Hadid walked the Versace show wearing a black bralette underneath a sparkling blazer and fitted, black pants. Peeking out from underneath the ultra-low hem of her trousers, was, you guessed it, a thong, one baring Versace’s signature gold logo. Days later in Paris, a model on the Heron Preston catwalk wore patterned, low-rise cargo pants that showed off her black G-string. Also in June 2019, Euphoria star Alexa Demie (who plays Maddy Perez) wore an open-back, snakeskin dress by Mexican fashion brand Akna at the red carpet premiere of the HBO hit series. In a move that Maddy would approve of — the brand designed her character’s crystal two-piece set for …read more

CHARLOTTE, NC – AUGUST 26: (EDITORIAL USE ONLY) In this screenshot from the RNC’s livestream of the 2020 Republican National Convention, North Carolina congressional nominee Madison Cawthorn addresses the virtual convention on August 26, 2020. The convention is being held virtually due to the coronavirus pandemic but will include speeches from various locations including Charlotte, […]

Larissa Lima: Eric and I Broke Up! I’m Going Back to Vegas!

Embed from Getty Images Singer Jewel did not have a charmed life before becoming a folk icon in the 90s. Jewel is opening up in this week’s People about the abuse she suffered at the hands of her father which drove her to leave home at the age of 15. Jewel found herself living in […]