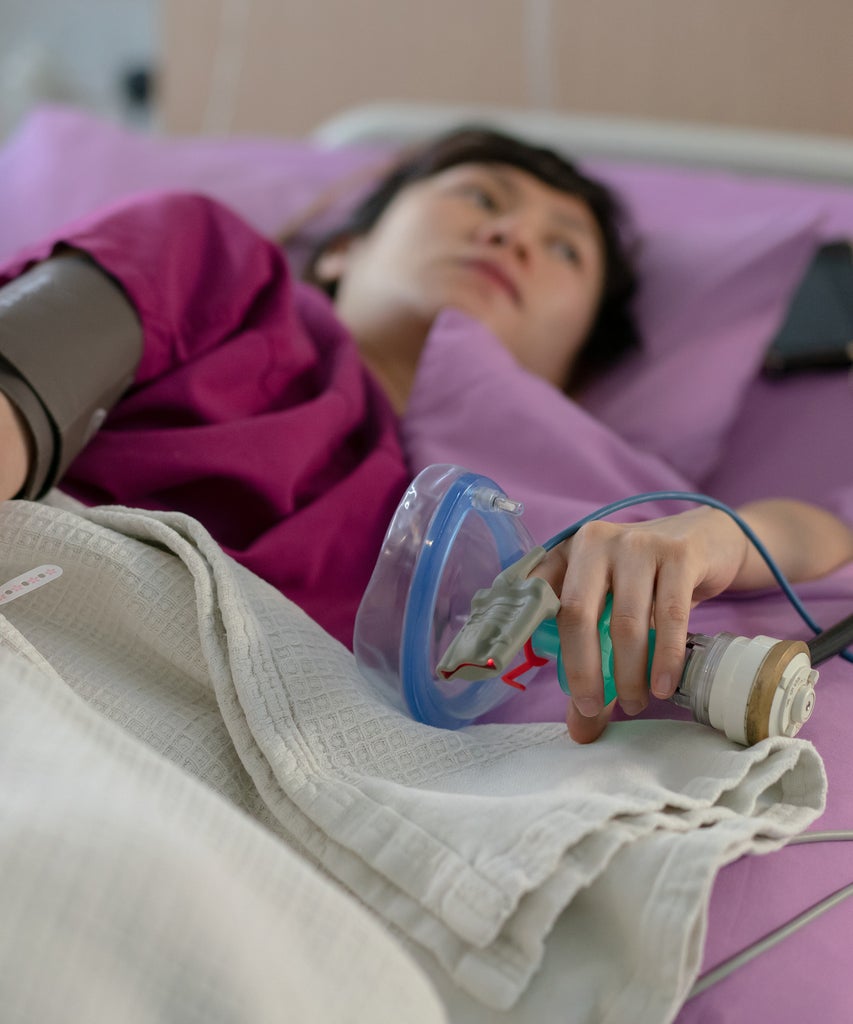 Laughter might really be the best medicine — well, kind of. A new study published Wednesday in Science Translational Medicine shows that nitrous oxide (also known as laughing gas) can help reduce symptoms of depression in individuals who might not respond to other medications.

You might have been given laughing gas during a dental procedure, or even while giving birth — it’s a mild sedative gas that slows down the nervous system and dulls pain, making patients feel more at ease and less inhibited. But now, it’s showing promising results while treating depression. “The effects after a single administration lasted for a whole two weeks,” Dr. Peter Nagele, MD, one of the study’s co-authors and a professor of psychiatry and behavioral neuroscience at the University of Chicago, told Science Alert. “This has never been shown before. It’s a very cool finding.”

Doctors first looked into using laughing gas as an antidepressant in a 2015 proof-of-concept trial. That initial study proved that inhaling 50% nitrous oxide can be effective, but with his new research, Dr. Nagele wanted to investigate whether effects can be long-lasting and whether a smaller dosage can yield similar results. The study’s co-authors confirmed that patients who inhaled 50% and 25% nitrous oxide experienced similar positive results, but the individuals who received a lower dosage reported fewer side effects.

“We need acceptance by the larger medical community for this to become a treatment that’s actually available to patients in the real world,” said Dr. Nagele. “Most psychiatrists are not familiar with nitrous oxide or how to administer it, so we’ll have to show the community how to deliver this treatment safely and effectively.”

The co-authors were also galvanized by recent research that proves ketamine can alleviate symptoms of depression. While many traditional antidepressants work by increasing serotonin, which eventually impacts the neurotransmitter glutamate, ketamine targets the brain’s N-methyl-D-aspartate receptors and allows new synapses to form in the frontal cortex. Because of this, ketamine works immediately.

Dr. Nagele described the revelation as one of the biggest recent breakthroughs in depression research, and told Gizmodo that, because nitrous oxide has “similar mechanistic properties,” researchers “hypothesized that nitrous oxide may also be an antidepressant.” It can also be a less intense alternative to ketamine, which is often associated with trance-like hallucinations and can easily be abused.

This could be a game-changer for the many people who don’t respond to other antidepressants. According to research published in the World Journal of Psychiatry, up to 15% of people diagnosed with …read more

Kanye West and Irina Shayk Vacation in France, Are Apparently Hittin’ It

Easy does it? When it comes to a stunning new report from a variety of outlets, we can now modify this saying to read as follows: Yeezy does it. As in: Yeezy does the near-impossible and moves on from Kim Kardashian with someone even more busty and alluring. This is a complicated way of saying Kanye […]

Kody Brown Misses Yet Another Tax Bill, Continues to Fall Into Financial Ruin

You won’t believe this, but Kody Brown appears to once again have made a poor financial decision. Oh, what’s that? You do believe it? Yeah. We shouldd have figured you would at this point. According to The Sun, the Sister Wives lead owes $1,058.31 in property taxes on the Arizona home he shares with fourth […]

“Are we into Steven Soderbergh’s latest heist movie, ‘No Sudden Move’?” links