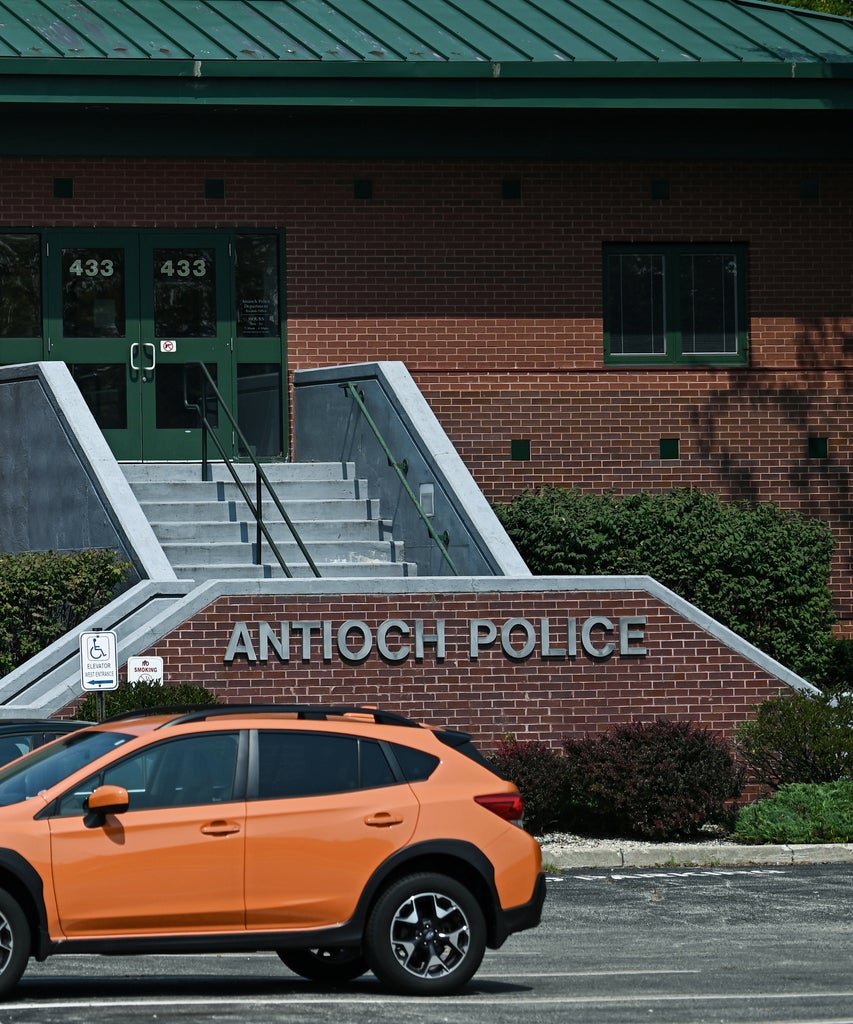 In December, Angelo Quinto, a Navy veteran from Antioch, California, stopped breathing after police violently subdued him during a mental health episode. When the Quinto family called 911 to assist the 30-year-old, who began suffering from “paranoia and anxiety” after being assaulted earlier that year, according to the Washington Post, they were expecting help in deescalating the situation. The officers who arrived at their home on December 23, however, were not there to help. Instead, Cassandra Quinto-Collins, his mother, said the officers became violent and kneeled down on her son’s neck to subdue him. Quinto was pinned down for nearly five minutes, according to his family, and died at a hospital nearby three days later.

A video shot by Cassandra, which was publicly released on Thursday, shows the moment after Quinto was allegedly strangled by police. In the video, Quinto appears face down on the floor with his hands cuffed behind his back. He is unresponsive, and officers try shaking his body to wake him up. Quinto-Collins then asked: “what happened?” and asked the officers standing over his body if he had a pulse. Two officers then flip Quinto over, revealing his bloody face. He is quickly put into a white tarp bag and his body is transported out of the room.

Throughout the video, the officers asked Quinto-Collins if her son had any “illegal drugs” in his system or if she “saw anything,” while she repeatedly explained that she just came home from work and didn’t know what happened.

At the end of the footage from December 23, John Burris, the Quinto family’s attorney, featured a reenactment of the moments before he was no longer responding. Narrated by family members and lawyers, the reenactment shows officers pushing Quinto to the floor as he says “please don’t kill me,” twice. One officer then puts a knee to the back of Quinto’s neck, while another handcuffs him. According to their account, officers held him down for four and a half to five minutes total before noticing he was bleeding and turning him over.

According to Lieutenant John Fortner, the Antioch Police Department did not want to publicize what happened to Angelo Quinto while they continued to investigate his cause of death and to maintain his family’s privacy. But the Quinto family has since expressed their regret in trusting the police at all.

“When [Cassandra, Angelo’s mother] called 911, she was looking for help,” Robert Collins, Quinto’s stepfather, told the Mercury News. “She had no idea she was stepping into a system that’s broken.” Isabella Collins, Quinto’s sister, also said: “We trusted [the police] too much.”

In the days following the video’s circulation, the Antioch Police Department has largely remained silent. Lieutenant John Fortner still maintains that the police officers on the scene remained nonviolent, despite the fatality that occurred from a distressed person being kneeled on. In a January statement, Fortner said that although the officers handcuffed Quinto, they never made use of any other excessive force.

What is clear …read more

Things could not be more over for Fernanda Flores and Jonathan Rivera. But just because the 90 Day Fiance couple divorced doesn’t mean that they disappeared. Fernanda is on the Discovery Plus spinoff, 90 Day: The Single Life. And her marriage may be over, but on some level, she still feels emotionally tethered to Jon. Fernanda Flores was a […]

Mary J. Blige on turning 50: ‘I just cried like a baby because I made it’

Our good sis Mary J. Blige just turned 50 years old last month. But Mary couldn’t turn 50 quietly, she had to stunt on folks in a gold snakeskin bikini that showed off her well toned body on a beach in Turks and Caicos. I personally can’t believe Mary is 50 but then again I’ll […]

As we now know, the emperor has no clothes. The supposed brain trust of advisors and seasoned professionals at Buckingham Palace is just a group of reactive, petty flunkies who are not even capable of talking the Queen out of her absolutely worst, most tone-deaf instincts. The Queen will be making a big speech on […]