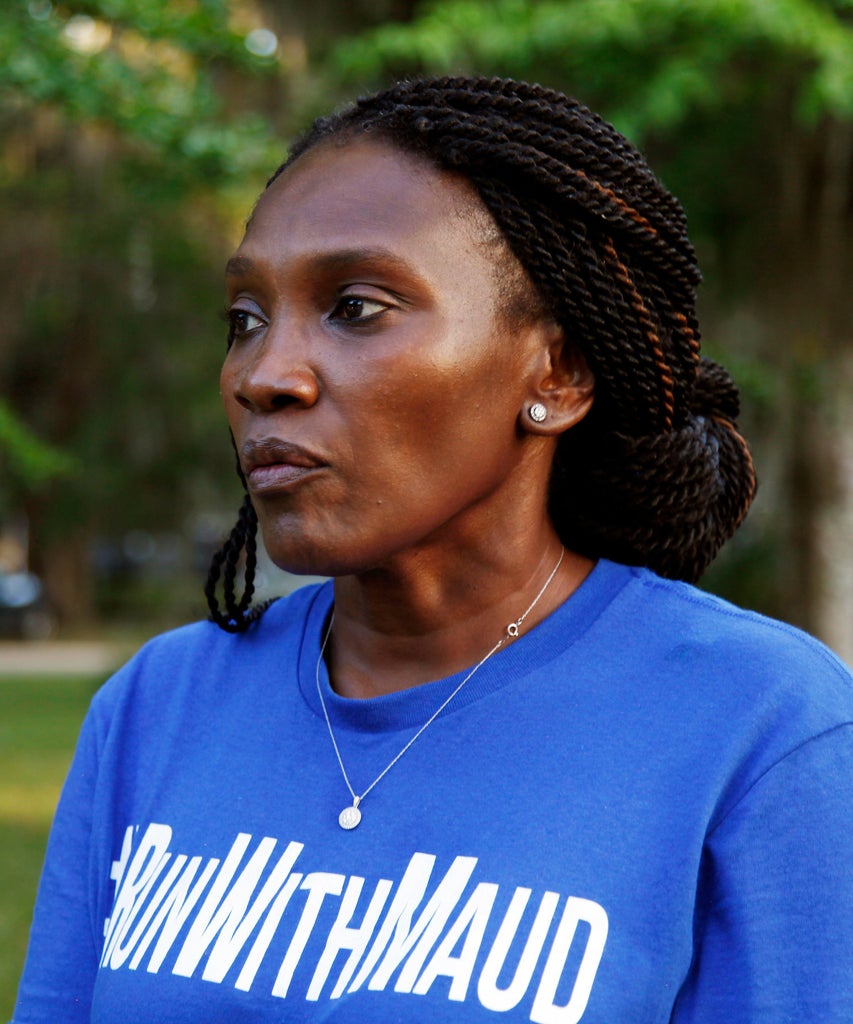 On this day one year ago, Ahmaud Arbery, a 25-year-old Black man, was killed by two white men while out for a jog in his neighborhood in Georgia. For a while, the case evaded national attention due to COVID-19’s domination of the news cycle around the world and specifically in America. But in May 2020, that changed when a video that showed the confrontation leading to Arbery’s death was posted online by a local radio host. The new evidence circulated publicly after a district attorney recommended that the case go to a grand jury.

A year after her son was violently killed, eventually becoming a figure that triggered a resurgence of the Black Lives Matter movement in the summer of 2020, Arbery’s mother, Wanda Cooper-Jones, is speaking out. In an interview reflecting on the first year dealing with the loss of her son, Cooper-Jones describes her grief: “What happened in February last year changed my life. When I lost Ahmaud, I lost a part of myself.”

She also revealed that on the day of his death, she got a phone call with muddied details about the events that took place. “They initially called me and told me he had burglarized something. There was a fight over the gun and Ahmaud was shot and killed by the homeowner. I know that was different. Ahmaud was never, never accused of taking anything from anybody,” she said.

Arbery had been living with his mother at the time of his death. On February 23, Gregory McMichaels, 64, and his son, Travis McMichaels, 34, saw him running while he was out jogging. They chased him, shot him, and killed him, in an act of vigilante violence. The elder McMichaels, a former police officer who has only recently retired, defended his actions saying he thought Arbery looked like a robbery suspect in the neighborhood. Travis McMichael claimed he was fearing for his life, despite video evidence showing the two men literally hunting down and killing Arbery while a third person filmed it. While there was relatively little noise around his death initially, Arbery’s name and story would soon become one of the catalysts for the renewed Black Lives Matter uprisings during the summer and fall of 2020.

“Early when it first happened, I could have just stopped and accepted what they told me, but I didn’t. And I thank God for giving me the intuition to push,” Cooper-Jones said. Although it took months for the public outcry over Arbery’s killing to really spread, Cooper-Jones continued to push to get answers, make known the injustice her family suffered, and hold the McMichaels accountable.

On May 21, both the McMichaels were finally arrested. But the movement to find justice for Arbery didn’t cease: protesters in Georgia focused their sights specifically on removing Brunswick District Attorney Jackie Johnson from office entirely, with many believing that the only reason the McMichaels were even arrested was because of the public backlash the office faced as a result …read more

Lori Loughlin is getting her passport back now that she’s completed the terms of her plea deal. LOL, where’s she going? [Just Jared] These old, handmade costumes are pretty awesome? [OMG Blog] How did Your Honor end? (spoilers) [Pajiba]Beto O’Rourke says Texas is a failed state. [Towleroad]Larsa Pippen isn’t friends with the Kardashians anymore. [Dlisted] […]

One of the most-teased moment of KUWTK’s final season is becoming clearer. Earlier trailers showed Scott Disick ready to marry Kourtney Kardashian. Obviously, that hasn’t happened in real life … not yet. But in this clip, it becomes clear that it could, as soon as Kourt’s konditions are met. You know when you want to […]

Prepare yourselves, Netflix subscribers. For many more secrets. For many more fancy soirees. And, yes, to be sure… for a lot more sex. Coming off the most-watched season in streaming history, Bridgerton has already been greenlit for a second season. On whom will upcoming episodes focus? Who is the new face set to make seductive waves? […]