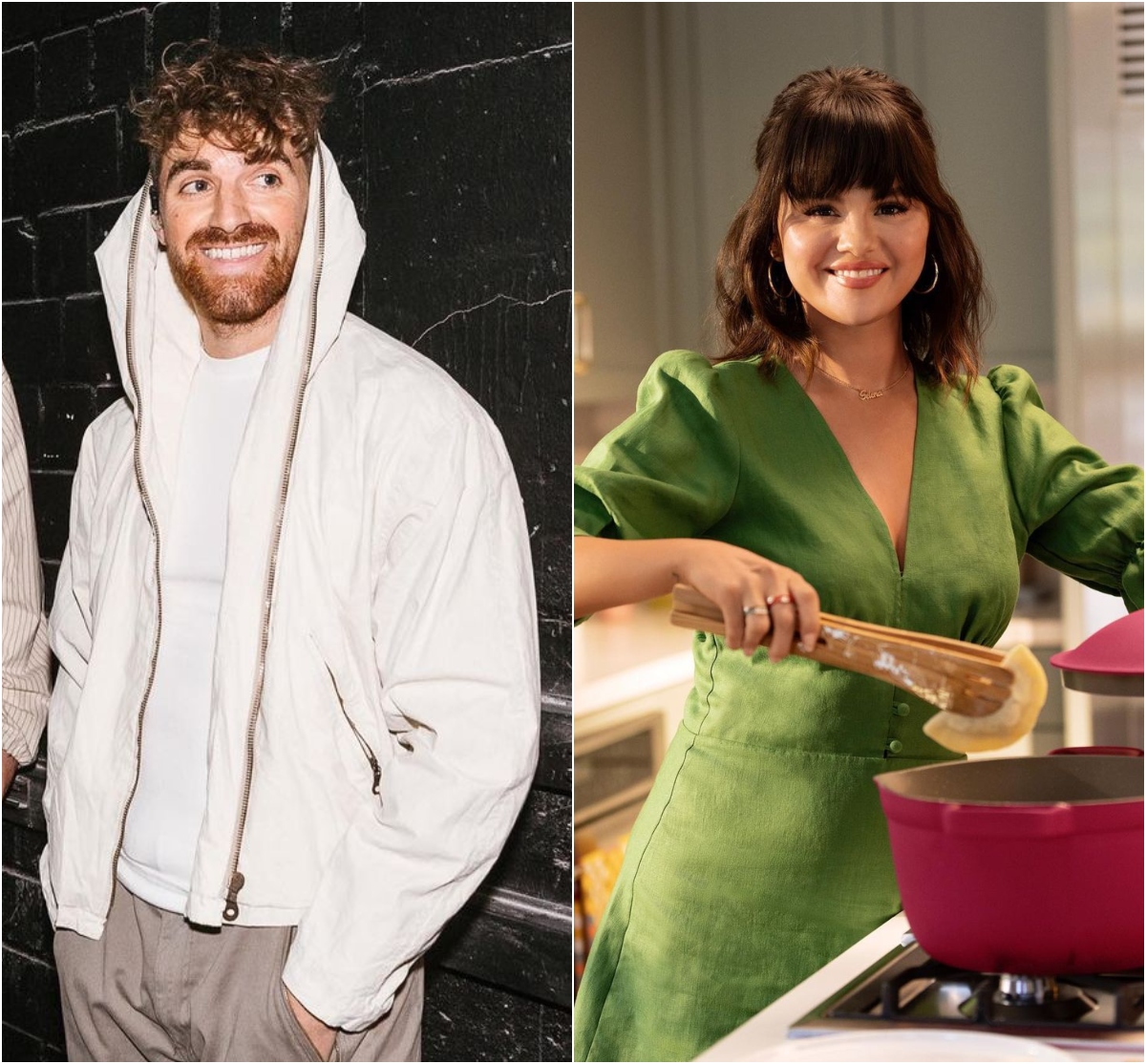 Selena Gomez and The Chainsmokers’ Drew Taggart are still bopping around NYC and now they’re holding hands for the paps. We just found out last week that they were dating and they went bowling and Selena is super into him and can’t keep her Hands to [Her]self. (All her song titles work so well with this developing relationship.) And now we got to see that in action. The pair went on a Saturday night dinner date in SoHo. Selena wore all black and Drew wore leather butterfly printed patches on the knees of his jeans.

The pair stopped at Torrisi Bar & Restaurant in Soho. The new couple were spotted holding hands in photos obtained by Us Weekly.

The night on the town marks their second date in one week. The Rare Beauty singer, 30, and the Chainsmokers musician, 33, were seen enjoying a bowling date at The Gutter in New York City on Tuesday, January 17. Gomez and Taggart kept the outing casual, with Gomez rocking a black sweatsuit while the DJ donned a long-sleeve green shirt and dark pants.

Us exclusively confirmed their budding romance earlier this month. The two are “very casual and low-key,” a source told Us on January 16, explaining that the Only Murders in the Building star and her new beau “go bowling and to the movies” when spending time together. “They aren’t trying to hide their romance by sneaking around at members only clubs,” the insider explained.

“They are so affectionate and having a lot of fun together,” the source added. “Selena can hardly keep her hands off him.

The model, 24, and Taggart’s romance was a “casual summer fling,” a source exclusively told Us in September 2022. Their spark fizzled out before the DJ began seeing the Wizards of Waverly Place alum. Taggart and Eve’s breakup was “totally amicable,” the source told Us, adding that the exes are “friends” who are both “very mature and cool about going [their] separate ways.”

Prior to his romances with Gomez and Eve, Taggart was linked to Meredith Mickelson and Haley Rowe. In March 2021, Us confirmed his split from DJ Chantel Jeffries after one year of dating.

I remain grossed out by this pairing because this dude gives me the ick. He just looks kind of ungroomed and unwashed. He and I are the same age and he just seems so much younger. Dude, that’s your date night outfit?! If someone showed up for a date wearing that, I would not go. But that’s me and I guess Selena likes it and they must have some stuff in common. They both have small, delicate faces. Anyway, between the bowling date and the Saturday night date night, Selena posted and deleted something saying she …read more

How I Reclaimed A Good Night’s Sleep

For years, I was one of those lucky people who could fall asleep in a snap — at any time, any place, and shortly after my head hit the pillow. I know, I know… If you’ve ever struggled with sleep, this niche brag is annoying AF. But don’t worry, dear reader — you’ve already been avenged. […]

These V-Day Gifts For Home Cooks Are Equally Beautiful & Practical

You likely know a passionate baker, gracious host, or true foodie. The obvious choices when gift-giving for them are food-adjacent products. To make it feel special, however, it can be tempting to buy those oh-so-pretty novelty measuring cups or a set of quirky mugs. While these gifts have their place, if you’re shopping for the […]

Whenever we’re tasked to hunt down the best online shopping deals, you can bet your bottom dollar that the first thing we type into our browser is the good ol’ Amazon.com. The online super-retailer is where we can always find affordable bedding, hot sex toy deals, and useful products that make our lives so much […]