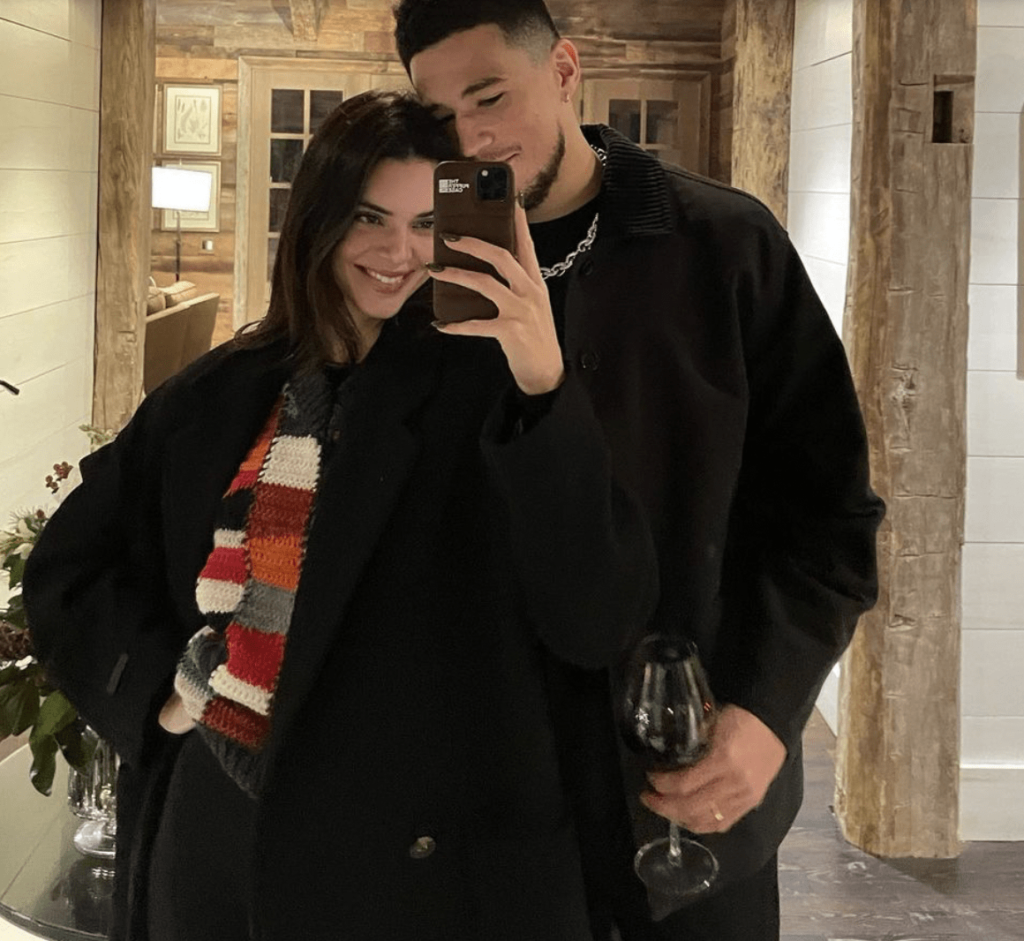 Last month, we reported on the sad news that Kendall Jenner and Devin Booker had called it quits.

The couple never officially announced their breakup, but the signs were everywhere:

Kendall and Devin in no way acknowledged what should have been their second anniversary, and they deleted one another’s pics from their Instagram page.

Needless to say, it sounded like the split was both definitive … and rather messy.

But in recent weeks, signs of hope began to emerge.

First Kendall and Devin attended a mutual friend’s wedding together.

Then they began to make blink-and-you-miss-it cameos in one another’s Instagram Stories.

Of course, the Kar-Jenners have an incredible track record when it comes to remaining friendly with their exes, so it was possible that these two had merely maintained a close friendship.

Now, however, it looks as though these two are far more than just friendly exes.

At the very least, they’re friendly exes with benefits!

While it wasn’t live for very long, we’re sure the model knew that her diehard fans would see it and get the message.

It looks as though Kendall is enjoying a beer (even tequila moguls can’t drink tequila all the time) while sitting on Devin’s lap.

We suppose it’s possible that they’re just friends, but that’s not a pose that platonic travel companions strike very often.

Kendall Jenner and Devin Booker celebrated their one-year anniversary on Instagram this week. Interestingly, these two rarely acknowledge their relationship on social media.

Adding to the speculation is the fact that these two appear to be on vacation together, which also not the sort of endeavor that exes usually embark upon together.

For obvious reasons, fans have jumped to the conclusion that these two are officially back together.

Well, insiders say they’re back on, but not yet ready to make any major announcements.

According to one source, Kendall was the one who pulled the plug on the relationship, and Devin then devoted himself full-time to winning her back.

“Devin made a huge effort to fix things with Kendall almost as soon as they broke up,” the insider explains to Hollywood Life.

“The threat of losing her was a huge wake-up call for Devin. He’s been laser-focused on making her happy ever since, it’s like they’re back in the honeymoon stage,” the source goes on.

“Her friends and family are thrilled that they’re back together, everyone would love to see them get married.”

Yes, it seems that those who know them best have stared using the M-word when talking about Kendall and Devin.

And since Kendall recently talked about her desire to become a mom soon, we wouldn’t be surprised if the relationship progresses rapidly from here.

Kendall Jenner is often regarded as the most quiet member of her family.

So get ready for more exciting developments in the lives of the Kardashian-Jenner clan!

We’re not saying for sure that Kendall will be getting engaged, married, and pregnant in the next year — but we wouldn’t ben surprised if Devin signs a contract to appear in the upcoming season of …read more

Jackson went on a date in one scene, with Bill driving the artist and his date around. The latter managed to convince Michael to go out to a bar like a “normal couple,” yet he changed his mind after a man accosted him on the street. Interestingly, LaToya released Starting Over 11 years ago — […]

Jim Bob Duggar: Is He Brainwashing Anna So That She’ll Stay Married to Josh?

At this point, it’s quite clear that Anna Duggar will never divorce Josh. She’s stood by his side through one scandal after another, and it seems that she now has every intention of waiting for him as he serves his 12-year prison sentence. Through it all, Anna has received the support of Josh’s parents, who […]

Window air conditioners are a necessary evil. No matter how heavy, leaky, noisy, energy-sapping, and eyesore-y, these units may be, they’re a summertime staple we simply cannot avoid. The hot-as-heck months of June, July, and August have long been ruled by these clunky cooling titans crowding our windowsills and wreaking havoc on our interior designs […]