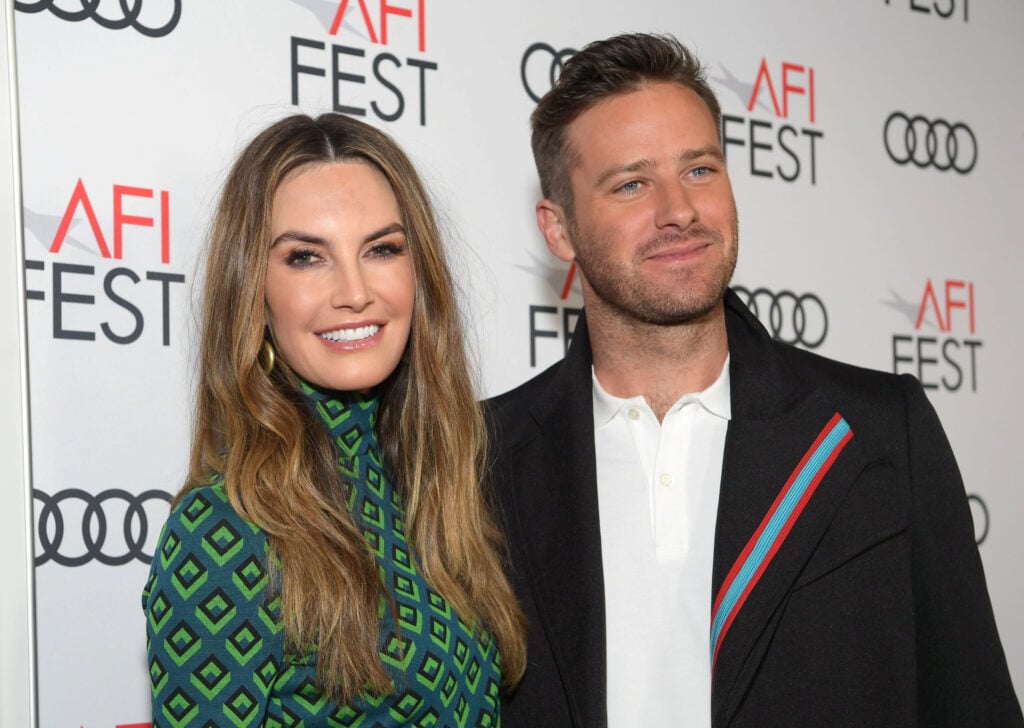 By now, you’ve likely heard Armie Hammer is back in the news thanks to a Discovery+ docuseries that sheds new light on the allegations against the former actor.

(We say “former” because Hammer appears to have been permanently exiled from Hollywood, and is now selling timeshares in the Cayman Islands.)

House of Hammer contains interviews with two of Hammer’s victims, as well as his aunt, Casey Hammer, who attests to the long history of abusive behavior within the family.

Armie’s wife, Elizabeth Chambers, did not appear in the documentary, but she has expressed support for her husband’s victims.

Armie Hammer and Elizabeth Chambers are giving their marriage a second chance. The couple separated in 2021 amid Hammer’s various sex scandals.

Now it looks as though Chambers might have done more than just support the victims — she might have worked with them in effort to have Hammer imprisoned.

Hammer’s downward spiral began when an anonymous accuser known only as Effie came forward on Instagram with details of the abuse she suffered.

And according to a new report from Page Six, Chambers promptly reached out to Effie in search of additional incriminating information about Hammer.

The recent scandals surrounding Armie Hammer have reportedly stunned the actor’s estranged wife Elizabeth Chambers. Now, it looks as though Chambers must decide if she can trust her ex with her children. (Photo via Getty)

“I really need custody of my precious children,” Chambers allegedly wrote in a DM at one point.

“Do you think you could make a declaration this week? It will all be private…”

Chambers went on to allege that Hammer had become an absentee father to his children in the wake of the initial allegations.

Elizabeth Chambers is speaking out about the rape allegations against her estranged husband, Armie Hammer. Chambers has expressed her support for the victims. (Photo via Getty)

“He hasn’t even seen the kids, f–king everyone who walks and taking a new blonde out on his dads [sic] boat,” she allegedly wrote.

“I forced him to come here via court order to try to be a father and now he’s a risk to them. He needs to go.”

Chambers went on to reveal her belief that Hammer needed “to be locked up” because he was “hurting people.”

Armie Hammer appears here in glasses as he walks on busy streets before the pandemic, speaking to his camera.(Photo via Instagram)

“Again, I don’t want to push you, but with your declaration, we can get him locked up for the evaluation,” Chambers continued.

“I’m asking for the eval and scans. I don’t trust he won’t trick a therapist.”

When Effie replied that Armie was “scaring” her and the other victims into remaining silent, Elizabeth urged her to action.

Armie Hammer’s wife has finally spoken out about the horrifying allegations against her husband. And Elizabeth Chambers decided to keep her remarks short and to the point. (Photo via Getty)

“We have one chance to stop this behavior and prevent other women and girl [sic] from being hurt and even worse,” Chambers wrote.

“Charges need to be pressed, or nobody …read more

It’s no secret that model Kaia Gerber is one of today’s most in-demand It girls. Now, the 21-year-old model is bringing her style DNA to Zara.  On Sunday, the Spanish brand announced the partnership with Gerber, set to debut on October 4. “My starting point for this collaboration with Zara was to ask if it […]

LONDON, ENGLAND – JULY 28: Stormzy attends the UK premiere of “NOPE” at the Odeon Luxe Leicester Square on July 28, 2022 in London, England. (Photo by Jeff Spicer/Getty Images for Universal) Stormzy dropped his new single Mel Made Me Do It casually the night of Thursday, September 22 and, within minutes, Twitter (his least […]

If you’re looking for something with a little more oomph than a sock but don’t have any plans to hit the pavement in a pair of heels or chunky loafers anytime soon, you’ve come to the right place. There’s no time like the present to practice self-care, so why not start from the ground up […]