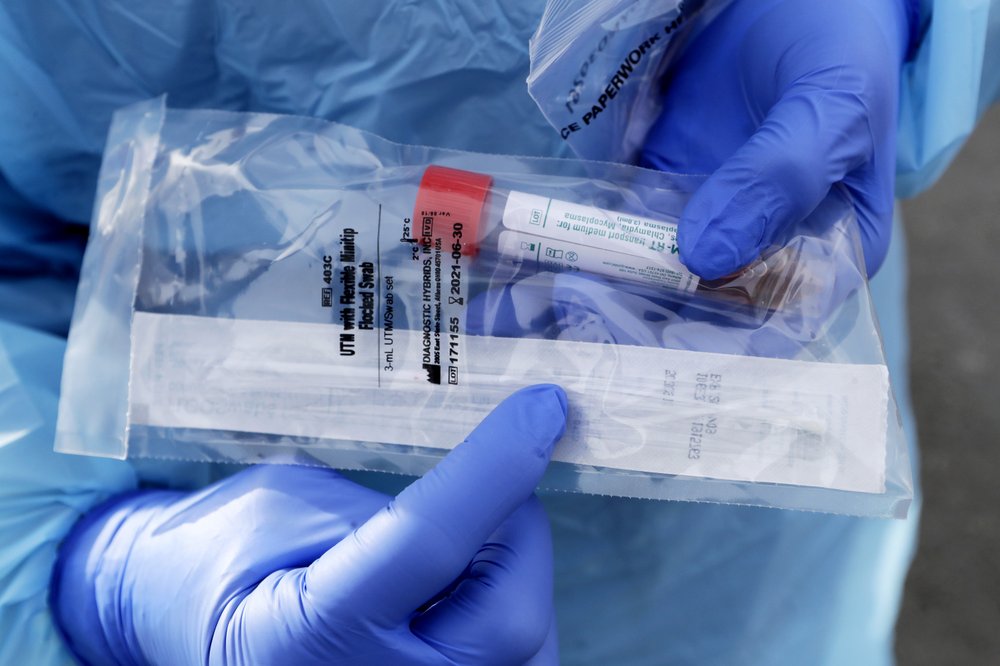 With the U.S. now leading the world in coronavirus cases, unemployment exploded nationally and across California Thursday — signaling that the pandemic will throw more Americans out of work while officials scramble to contain its spread.

While predicting the pandemic’s full impact on infection rates and joblessness is challenging, officials are bracing for the worst — including thousands more job cuts to the Bay Area.

Nationally, a record 3.28 million Americans filed unemployment claims during the week that ended March 21, according to an initial estimate from the U.S. Department of Labor. “Nearly every state providing comments cited the COVID-19 virus impacts,” the federal labor agency said.

More than 187,000 Californians filed claims during the same period — triple the 58,000 that filed the previous week. And those numbers trailed initial real-time estimates cited by Gov. Gavin Newsom Wednesday; he said California has received around 1 million jobless claims since March 13.

The spike in unemployment comes amid a rising tide of confirmed COVID-19 cases and deaths statewide. The New York Times reported Thursday that known U.S. coronavirus cases now exceed 81,000, surpassing China and Italy, though the U.S. death total of 1,000 is far behind those two countries.

As of Thursday afternoon, California had logged 3,955 confirmed infections and 81 deaths, less than a day after passing a grim milestone of 3,000 infections, according to the total cumulative cases as reported by the counties and compiled by the Bay Area News Group.

Just a week ago, when the governor issued a sweeping statewide stay-home order to tamp down the spread of the fast-growing disease, it had infected 675 and killed 16 in California.

California has seen its infections jump again and again since the first reported case on Jan. 25 in Orange County. But this week’s totals spiked due to the state’s expanded testing capabilities, Newsom said.

Thanks to private and commercial labs, tests performed in the state rose to about 77,800 Thursday from just 28,000 Tuesday. About 57,400 results are pending, suggesting that California could soon see positive cases nearly quadruple if the current rate remains stable, according to a Bay Area News group analysis.

Among the latest high-profile cases Thursday were more than 100 former passengers from the ill-fated Grand Princess cruise ship, about 1,000 of whom were sent to Travis Air Force Base after the ship docked in the Port of Oakland when 21 crew members and passengers aboard tested positive.

In an updated count provided by the Department of Health and Human Services, 103 passengers are now confirmed to …read more

Stocks fall, closing out their worst quarter since 2008

NEW YORK — Stocks are down in subdued trading Tuesday, as Wall Street’s wraps up its worst quarter of performance since the 2008 financial crisis. The S&P 500 is down in afternoon trading after flipping between modest losses and gains, pushing its loss for the first three months of the year to 20.2%. Trading was […]

By Hilary Russ | Reuters NEW YORK – Top chefs including Tom Colicchio on Monday wrote to the U.S. Congress, seeking more help for independent restaurants amid the coronavirus crisis, including changes to the small-business rescue loan program they say does not work as intended. The group, called the Independent Restaurant Coalition, said its members […]

Jobless claims soared in California and the United States last week, federal labor officials reported Thursday in a grim harbinger of an economic downturn throughout the nation due to the coronavirus panic. Advance unemployment claims rose by 129,000 in California for the week that ended on March 21, while the number of Americans who file […]