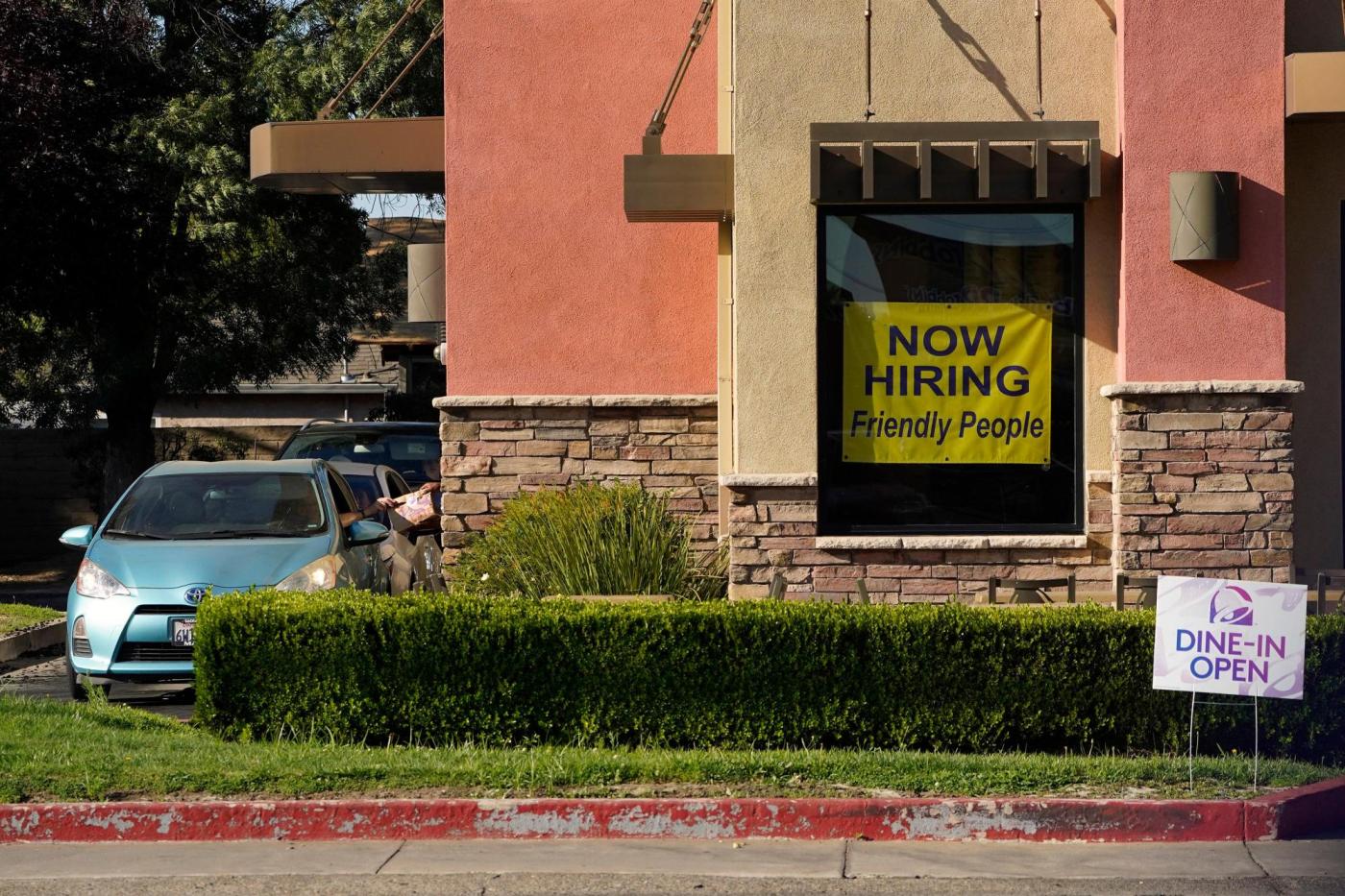 WASHINGTON — The number of Americans seeking unemployment benefits rose last week from the lowest point of the pandemic, even as the job market appears to be rebounding on the strength of a reopened economy.

The Labor Department said Thursday that jobless claims increased last week to 419,000, the most in two months, from 368,000 the previous week. The weekly number of first-time applications, which generally tracks layoffs, has fallen steadily since topping 900,000 in early January.

Americans are shopping, traveling and eating out more as the pandemic has waned, boosting the economy and forcing businesses to scramble for more workers. Companies have posted the highest number of available jobs in the two decades that the data has been tracked. Hiring has picked up, though businesses say they often can’t find enough employees at the wages they’re willing to pay.

At the same time, analysts are becoming concerned about the potential economic consequences of a tick-up in confirmed viral infections as the highly contagious delta variant spreads, especially among the unvaccinated. The seven-day rolling U.S. average for daily new cases accelerated over the past two weeks to more than 37,000 as of Tuesday, from fewer than 13,700, according to data from Johns Hopkins University.

Complaints by companies that they can’t find enough workers have led 22 states to prematurely end a $300-a-week federal unemployment benefit, which comes on top of state jobless aid. Twenty states have ended their participation in two other federal programs — one of which provides benefits to the self-employed and gig workers and and another that serves people who have been out of work for six months or longer.

Officials in two other states, Indiana and Maryland, had sought to end the supplemental aid programs but were blocked by court rulings. Nationally, the programs will all expire in early September.

The long-term decline in applications for jobless aid coincides with accelerating economic growth. The U.S. economy is thought to have expanded briskly during the April-June quarter as Americans, flush with cash from stimulus checks and from stock market and home equity, stepped up their spending.

The early cut-offs of expanded unemployment aid have contributed to a steady decline in the number of people receiving unemployment benefits. That number fell to 12.6 million in the week ending July 3, the latest period for which data is available, down from 13.8 million the previous week.

In the last week of May, before states began ending the aid programs early, 14.8 million were receiving some form of jobless benefit.

The ranks of the jobless have declined as companies have stepped up hiring. In June, employers added a healthy 850,000 jobs, further evidence that the reopening of the economy was driving a robust recovery from the pandemic recession.

Denver gas prices have risen again in the past week, up another 1.9 cents per gallon, according to GasBuddy. The Mile High City’s average price at the pump is now $3.45 per gallon, up 28.8 cents per gallon from a month ago and $1.01 per gallon more than a year ago. The national average of […]

A Globeville office building has sold for the second time since 2019 following a round of renovations. Denver-based Tributary Real Estate, along with JLL Denver broker Ken Gooden, purchased the three-story Globe4Hundred office building at 400 W. 48th Ave. at the end of June for $11.2 million, according to the buyers. The building, which sits […]

FREMONT — A new Starbucks will be coming soon to a parking lot off Auto Mall Parkway near Interstate 680. The Fremont Planning Commission voted 3-2 last month to approve the new store, which will be built in the existing parking lot of The Home Depot at 43900 Ice House Terrace, in the city’s East […]