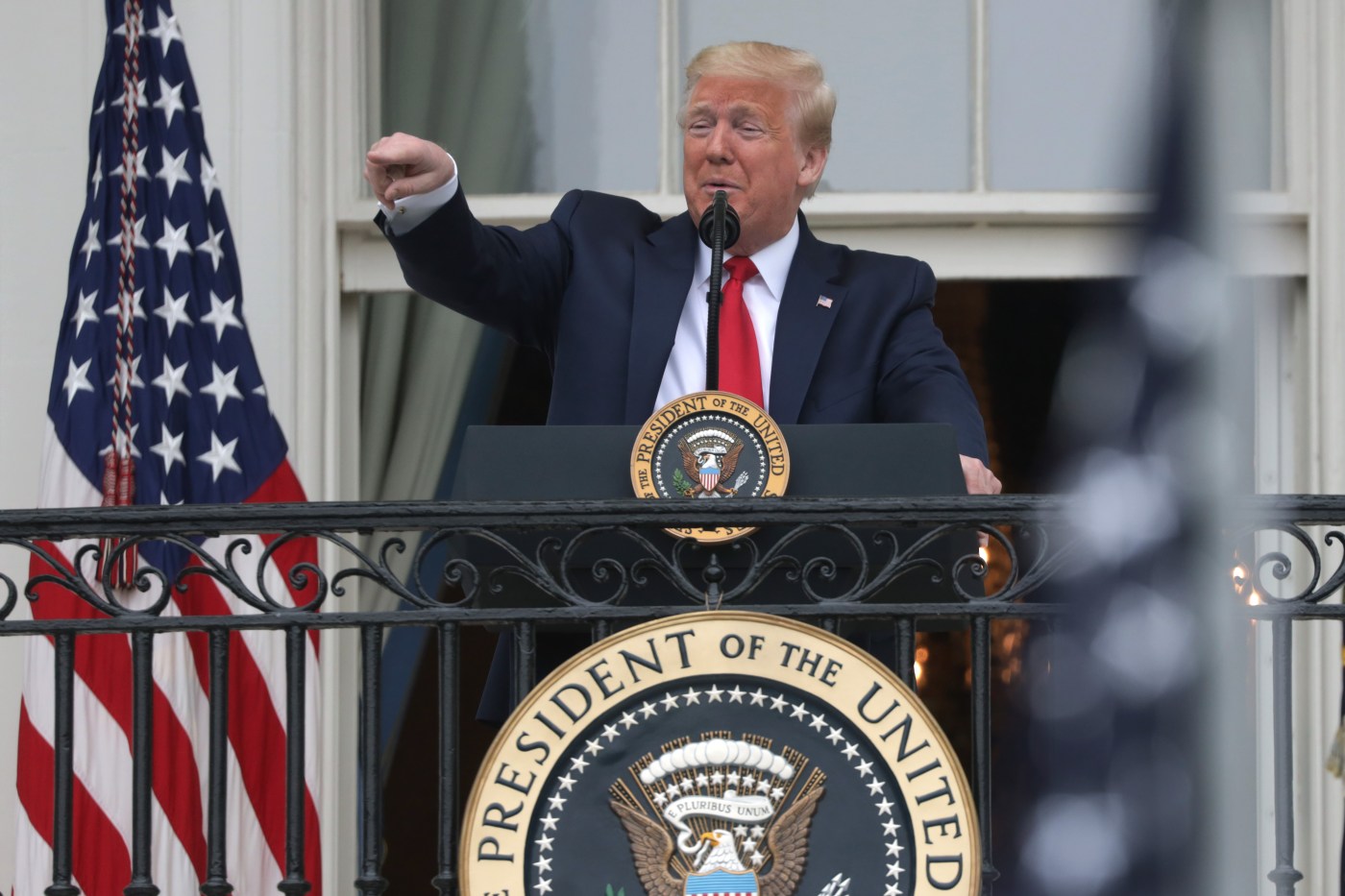 In a letter sent earlier this month, the Federal Highway Administration pulled back its approval of a 200-bed navigation center planned for an empty Caltrans lot under the Interstate 280 overpass in San Francisco’s Bayview neighborhood.

The surprise move by the Trump Administration calls into question Newsom’s plan — outlined in a January executive order — to build homeless shelters on unused or under-used parcels of state land. And it comes at a time when the state is scrambling to house its more than 150,000 homeless residents.

The governor identified nearly 300 potential sites for shelters in February — including in the Bay Area — many of which are owned by Caltrans. But this new wrinkle from the federal government complicates that plan, said David Garcia, policy director for the UC Berkeley Terner Center for Housing Innovation. It could also set many shelter projects back.

“I would say this letter really pulls the rug out from under a lot of projects that for all intents and purposes already had the green light to proceed,” he said.

But Caltrans officials have not given up.

“Recognizing the significant challenges faced by those experiencing homelessness, Caltrans made underutilized state-owned land accessible for cities to move individuals off the streets,” Caltrans spokesman Matt Rocco wrote in an email. “We are working with the Federal Highway Administration to find a resolution.”

In the letter sent to Caltrans, the Federal Highway Administration withdrew approval of the San Francisco shelter based on a technicality over the environmental review process. But the federal agency made it clear that should Caltrans reapply, the request may not be granted. The letter expressed concern that the project was proposed in an interstate right-of-way, as well as the fact that it secured the land for less than fair market value.

“Widespread use of the highway (right-of-way) for homeless shelters raises safety and operation concerns, as well as concerns about the Federal transportation investment,” Division Administrator Vincent Mammano wrote. “Due to the importance of the Interstate System to the Nation’s mobility, it is FHWA policy to keep this (right-of-way) reserved for transportation purposes in order to ensure that traffic can flow as safely and efficiently as possible.”

The agency also withdrew approval for a Sacramento shelter project. The letter singled out other projects at 5th and Bryant streets and 13th and Division streets in San Francisco — which have already been built and are operating — as well as one in Los Angeles, where approvals may be withdrawn. But many others are likely to be affected. Caltrans is using or planning to use highway right-of-ways for homeless shelters in nearly two dozen locations throughout the state, according to the letter.

San Francisco will not be tearing down its completed shelters as a result of this letter, said Jeff Cretan, spokesman for Mayor London Breed. Nor …read more

SAN JOSE — Google has widened its holdings in downtown San Jose, buying a commercial building in a key section of the footprint for a transit-oriented village known as Downtown West. The tech titan has proposed a mixed-use development near the Diridon train station and SAP Center that would dramatically reshape the western edges of […]

Join us Tomorrow, May 11, 2020, at 10AM for our Monday morning #COVID19 BRIEFING | Protecting Your Mental Health During COVID-19 | Facebook LIVE with the County of Santa Clara https://t.co/pfbCusc1RH pic.twitter.com/nXMxu7soBm — Healthy SCC (@HealthySCC) May 11, 2020 Click here if viewing from a mobile device. Santa Clara County public health officials give updates […]

By Michael Biesecker and Jason Dearen | Associated Press WASHINGTON — Republican political operatives are recruiting “extremely pro-Trump” doctors to go on television to prescribe reviving the U.S. economy as quickly as possible, without waiting to meet safety benchmarks proposed by the federal Centers for Disease Control and Prevention to slow the spread of the […]