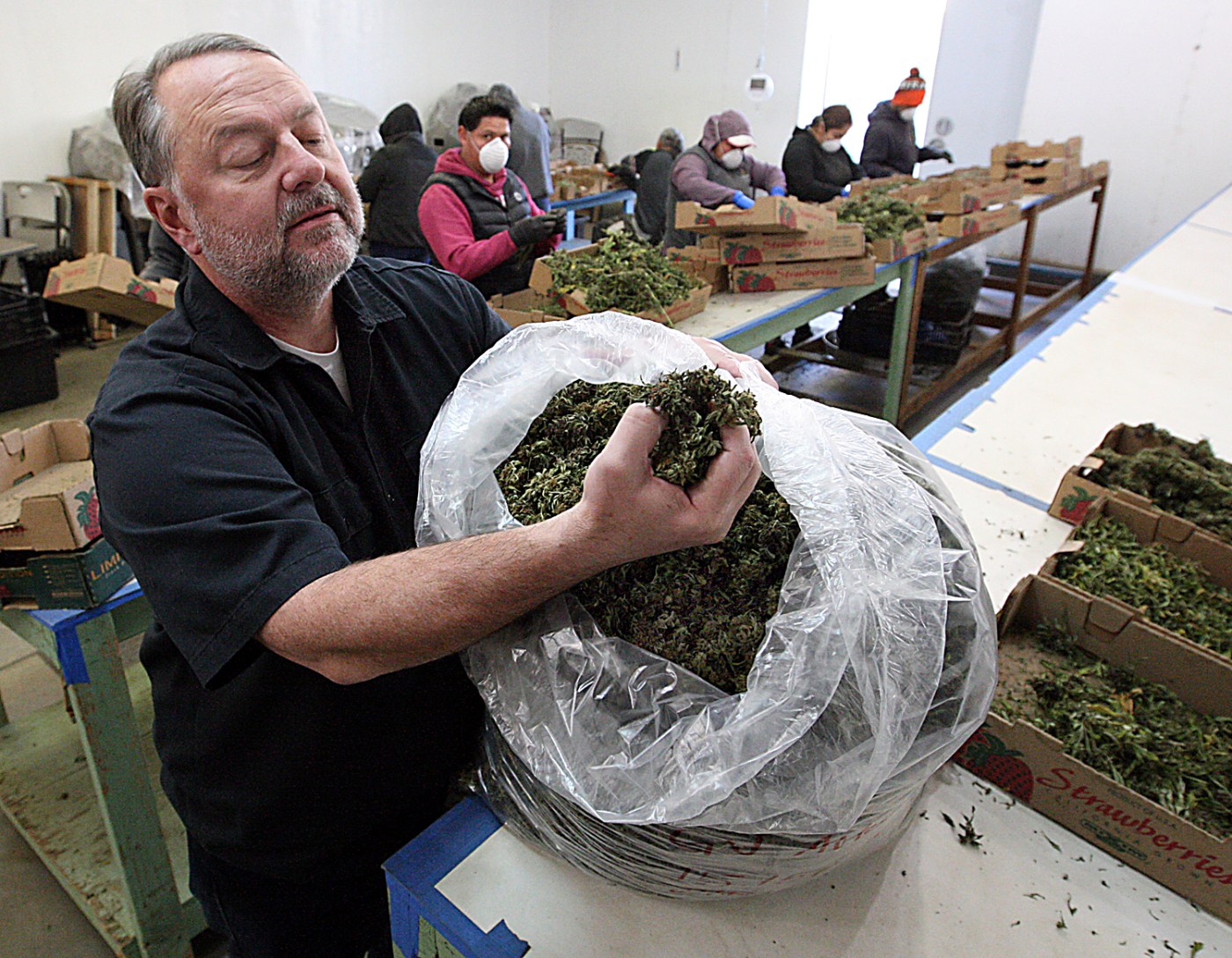 SANTA CRUZ — Cannabis cultivator Goldenseed is open for investment, ranking the Santa Cruz-area venture among the first of its kind to earn approval for a nationwide public offering from the U.S. Securities and Exchange Commission.

Goldenseed announced the qualification of its stock for public sale Monday. The company is aiming to raise $10 million over the next year from investors across the U.S. under a Regulation A offering — essentially, a miniature Initial Public Offering with less legal red tape.

According to Goldenseed, it is the first privately held cannabis cultivator and processor in the U.S. ever to be qualified for a public offering by the SEC.

“I couldn’t be more excited,” CEO Scott Goldie said, during a visit to the company’s new hemp warehouse and production facility in Moss Landing on Monday. “We’re literally bringing people into the company from all over the country.”

Founded in 2017, Goldenseed cultivates and processes cannabis and hemp out of facilities in Santa Cruz and Monterey counties. Its facility near Watsonville boasts more than 440,000 square feet of potential cannabis cultivation space, and the company recently acquired an 80,000-square-foot facility in Moss Landing to process hemp.

Goldenseed’s pre-roll joints won first-place honors at the 2019 NorCal Cannabis Cup. Its products are currently available in about 80 California dispensaries, according to Goldie. The company is currently processing about 55,000 pounds of hemp for use in CBD products and — soon — hemp cigarettes at its Moss Landing facility.

Goldie said the company secured investments from more than 150 people across 29 states as of Monday afternoon, each chipping in an average of $2,000. That’s well above the minimum investment of $100, based on a valuation of $10 per share.

The company said it plans to put the funds toward expansion of its facilities, capital improvements, debt reduction and marketing. Goldenseed has roughly $3.2 million in assets and $4.2 million in liabilities, according to SEC filings.

Made possible by a 2012 federal law, Regulation A offerings allow small and midsized companies to sell up to $50 million in equity directly to the public without needing to register with the SEC. Think crowdfunding, but for equity.

In the cannabis sector, Nevada-based OrgHarvest earned SEC approval for a similar offering in April. But Goldenseed views its offering as the first of its kind because it is actively cultivating cannabis.

Companies such as crowdfunded brewery BrewDog have recently leveraged Regulation A offerings to raise capital and boost brand awareness among thousands of small-scale investors.

The market is flooded with CBD pet products. Some don’t contain any.

In 2004, InSafe, a network of European internet safety organizations and the European Commission created Safer Internet Day to be celebrated on the second Tuesday of February. Since then, it’s grown to 140 countries around the world. In 2012, the InSafe and the E.C. invited my nonprofit, ConnectSafely.org, to be its U.S. host with support […]

Property owner to Moms 4 Housing: We’ll shelter you for two months if you leave

OAKLAND — The owner of a West Oakland house taken over by a group of homeless and insecurely housed women has offered to pay for them to live elsewhere for two months — an overture the women summarily refused. Wedgewood, a real estate investment company that owns the Magnolia Street house, on Saturday said it […]

A Bay Area man claims in a lawsuit that radio broadcaster Sirius XM fired him for publicly protesting Sirius’s hiring of far-right former White House chief strategist Steve Bannon. Daniel Acosta said in the suit that he worked from 2010 to 2018 as a co-host of sports programs at the San Francisco office of Sirius, […]