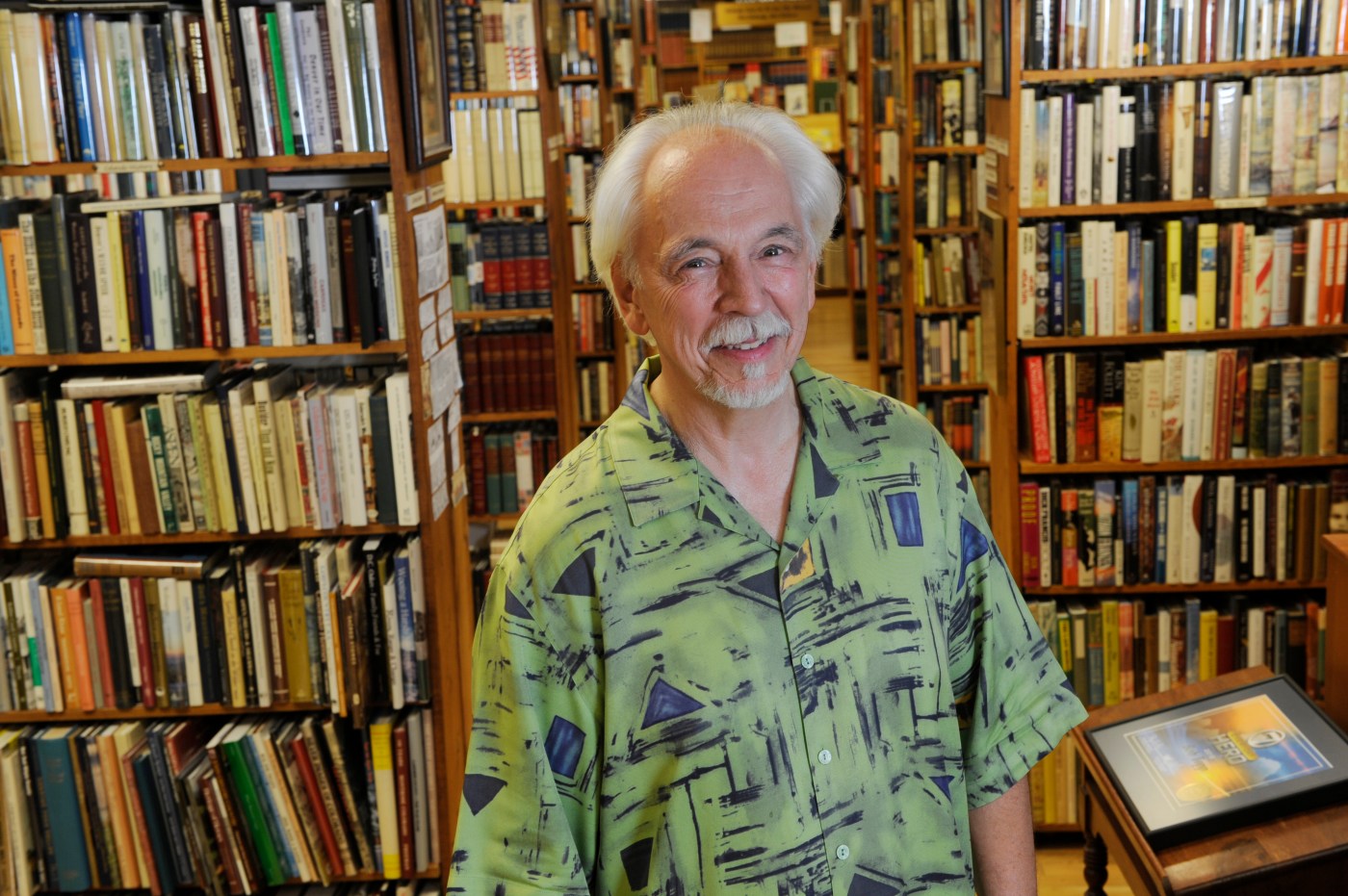 Bob Topp, the retiring owner of Hermitage Bookshop, found his happy ending when couple and new owners Renee and Ian Colle approached him to purchase one of Denver’s oldest independent bookstores.

Topp first established his store in 1973 after acquiring a used book shop, and the Colles plan to continue The Hermitage’s legacy – starting with a bronze plaque marking the Robert “Bob” Topp Courtyard in front of the store.

“I’m feeling extremely positive about the transition,” Topp said. “I see no reason this store can’t continue for another couple of decades easily.”

After reading a January article in The Denver Post about Topp’s search for a buyer, Ian texted his wife of over two decades, writing, “What do you think about buying a bookstore?”

Initially, she laughed about it, but Ian looked into it further.

“I just had this sense from God that I should just contact this guy,” he said, describing his and his spouse’s shared passion for books and independent bookstores.

After talking with Topp, they started to consider the decision “a no-brainer,” Ian added.

“This is a thriving business in the heart of Cherry Creek,” he said. “It would just be such a loss to the community to lose something like this place.”

Ian described a “totally magical” stroke of luck when it came to closing the deal, which was originally set for May 16. Paperwork delays had pushed the date out further, though, running up against the Colles’ impending trip to Europe and forcing both families to figure out an extension.

However, after a celebratory lunch, the group had a surprise waiting for them: The necessary documents had arrived in the mail, so the sale was made official on May 25 before the Colles boarded their flight.

How to support Denver-area bookstores, libraries with ebooks and home delivery

The other three staffers are also sticking around. “It just couldn’t work out better,” Topp said.

Customers won’t have to miss Topp just yet. He’ll still remain a familiar face around the store, as he’s contractually available to help the Colles for about another year.

The transformation of one Arvada business into a 100% employee-owned enterprise was accomplished with the help of an investment fund that backs the conversion of companies with substantial workforces of color. Apex Plumbing at 4420 W 58th Ave. has served the Denver area since 1985. Its labor force is made up of about 50 employees […]

Ice cream, coffee and “waffle shots” — Denver is finally getting a taste of Eiskaffee

“There once was a girl who loved ice cream and a boy who loved coffee. One day, they decided to try them together. The rest is history.” That’s the simplified version of the story behind Eiskaffee, a newly opened coffee and ice cream shop that is located inside the renovated and expanded 11th Avenue Hostel […]

Colorado’s cannabis industry is preparing for tough times as marijuana sales drop and economic problems pile up. During the COVID-19 pandemic lockdowns, weed businesses serviced consumers eager to stock up on their favorite edibles, concentrates and pre-rolls. That high has since given way to a low for the industry, as less consumer spending means sales […]