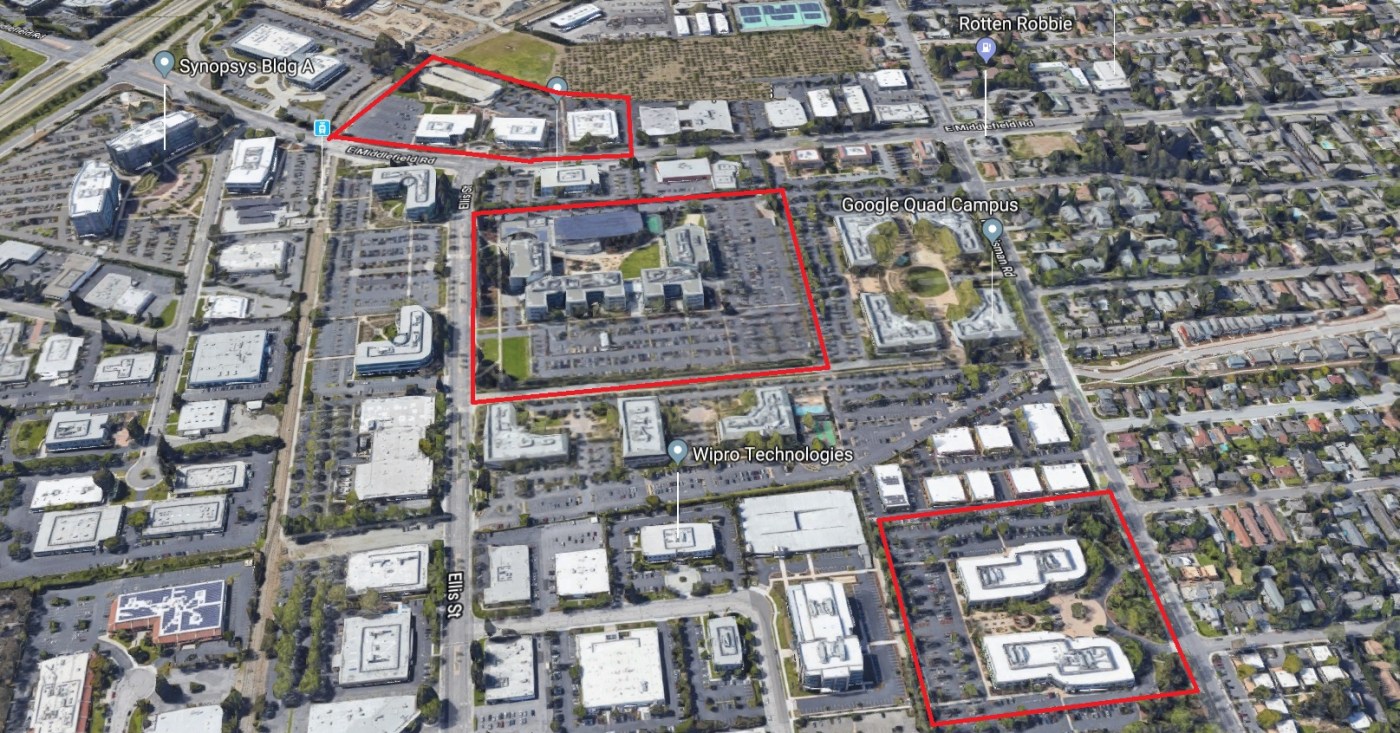 MOUNTAIN VIEW — NortonLifeLock, once known as Symantec, has decided to seek one or more buyers for a mega-portfolio of Mountain View office buildings amid a shrinking Silicon Valley presence for the tech titan.

The tech company wants to find a buyer for 10 buildings in Mountain View that together total 707,000 square feet, according to an offering brochure that is being circulated on behalf of property owner NortonLifeLock.

Cushman & Wakefield, a commercial real estate firm, was hired by NortonLifeLock to scout for one or more buyers for the 10 buildings, the offering brochure shows.

“Never before offered to the marketplace, the offering represents a generational opportunity to acquire a portfolio of 10 buildings totaling 706,737 square feet in the heart of Silicon Valley,” the property flyer states.

An array of buyers could potentially be interested in the properties.

The attempt to sell the properties comes at a time when NortonLifeLock and its predecessor Symantec appear to have reduced the company’s staffing levels and presence in Silicon Valley and San Francisco.

During 2019, the companies chopped 402 jobs in the Bay Area, according to official filings by Symantec and NortonLifeLock with the state’s Employment Development Department.

Those job cuts consisted of 320 layoffs in Mountain View and 82 layoffs in San Francisco, the EDD filings show.

The property offerings, as well as the employment reductions, arrive in the wake of the shift of the NortonLifeLock and Symantec world headquarters to Arizona.

For numerous years, Symantec, which was founded in 1982 in Sunnyvale, maintained its headquarters in Mountain View.

According to a Securities and Exchange Commission filing, the company’s headquarters were still deemed to be in Mountain View as of the end of August 2019.

However, by early November 2019, the company’s headquarters were listed being in Tempe, Ariz., an SEC filing disclosed. Also in early November, NortonLifeLock became the official name of the company.

The 10 buildings that NortonLifeLock seeks to unload are grouped into three campuses, all within a few minutes of each other in driving distance.

One of the three main sites is a five-building cluster at 350 Ellis St. that is described as the headquarters campus and totals 428,000 square feet.

“The cornerstone of the portfolio” is the “exquisite” five-building headquarters complex on Ellis Street, the brochure stated. The lobby was recently renovated and the headquarters site offers amenities prized by today’s tech companies, according to the brochure.

Another complex is at 455, 487, and 501 E. Middlefield Road, which contains older office and research buildings, as well as a data center, a group of properties that total 128,000 square feet. The Middlefield Road property could be redeveloped as a mixed-use high-density site that could include offices and residential.

The third cluster of buildings is an office and research site located at 515 and 545 N. Whisman Road, totaling 150,000 square feet.

“It is a strong preference …read more

The U.S. economy added 145,000 jobs in December, according to Friday’s jobs report that came in a bit below analysts’ expectations. Economists had expected closer to 160,000 jobs to be added following a gain of 256,000 in November, The New York Times reports. For this reason, CNBC characterized Friday’s report as “disappointing,” writing that the […]

Fight over Westminster farmland gets real with first hearing

A mounting fight over what happens to a large parcel of undisturbed farmland in the middle of Westminster is set to break into the open Tuesday, when city officials hold the first public hearing on the proposed 2,350-home Uplands development. Karen Ray, with the Westminster Save the Farm citizens group, says she expects a large […]

Bill.com, fresh from IPO, will shift headquarters to San Jose

SAN JOSE — Bill.com, fresh from an initial public offering of its stock, has struck a deal to lease a big chunk of office space in north San Jose, a deal that will enable the company to move its headquarters to the Bay Area’s largest city. The new leasing deal by Bill.com, a cloud-based provider […]