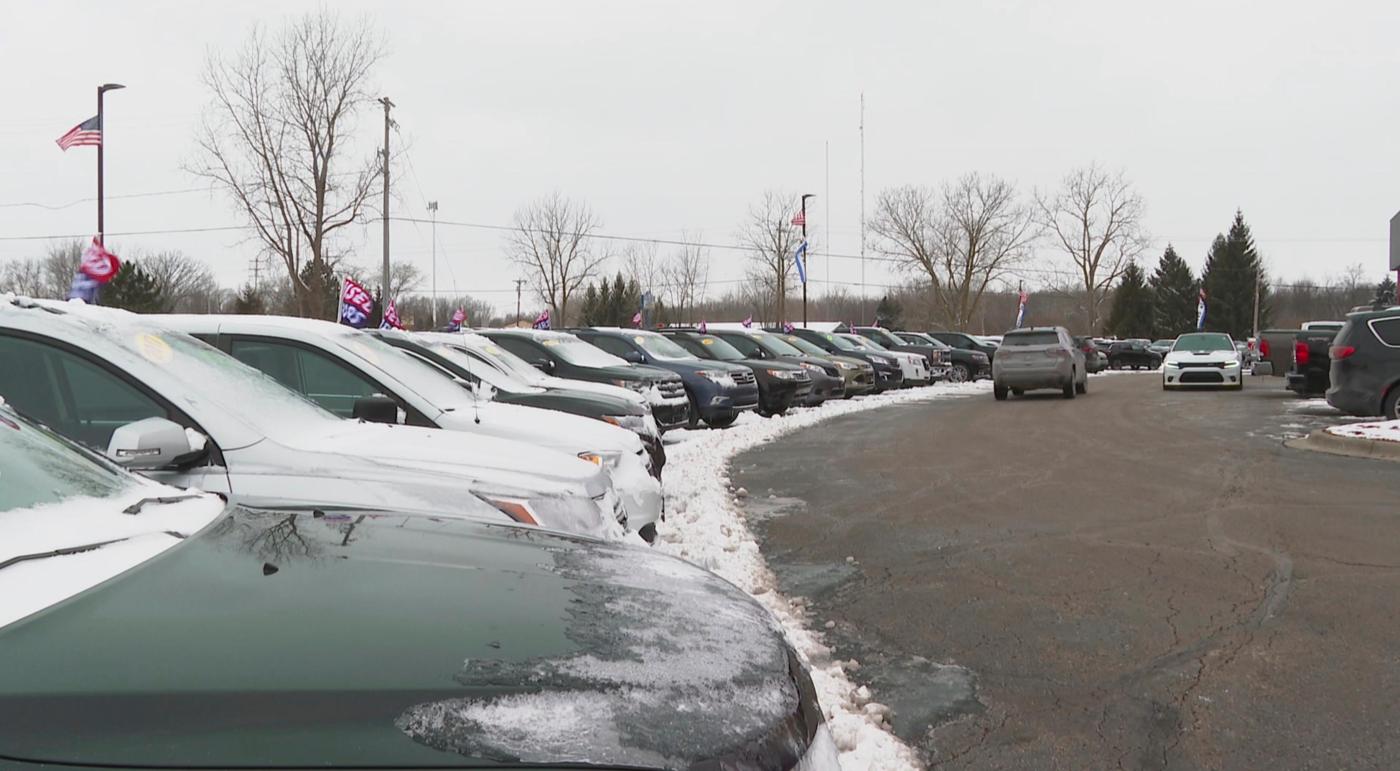 FENTON TOWNSHIP, Mich. — The viral pandemic has triggered a cascade of price hikes throughout America’s auto industry — a surge that has made both new and used vehicles unaffordable for many.

Prices of new vehicles far outpaced overall consumer inflation over the past year. In response, many buyers who were priced out of that market turned to used vehicles. Yet their demand proved so potent that used-vehicle prices soared even more than new ones did.

The price of an average new vehicle jumped 6% between January of last year, before the coronavirus erupted in the United States, and December to a record $40,578, according to data from Edmunds.com.

Yet that increase was nothing next to what happened in the used market. The average price of a used vehicle surged nearly 14% — roughly 10 times the rate of inflation — to over $23,000. It was among the fastest such increases in decades, said Ivan Drury, a senior manager of insights for Edmunds.com.

The main reason for the exploding prices is a simple one of economics: Too few vehicles available for sale during the pandemic and too many buyers. The price hikes come at a terrible time for buyers, many of whom are struggling financially or looking for vehicles to avoid public transit or ride hailing because the virus. And dealers and analysts say the elevated prices could endure or rise even further for months or years, with new vehicle inventories tight and fewer trade-ins coming onto dealers’ lots.

The supply shortage arose last spring after the coronavirus hit hard. Automakers had to shut down North American factories to try to stop the virus’ spread. The factory shutdowns reduced the industry’s sales of new vehicles and resulted in fewer trade-ins. So when buyer demand picked up late in the year, fewer used vehicles were available.

Compounding the shortage, rental car companies and other fleet buyers — normally a major source of used vehicles for dealers — have been selling fewer now. With travel down and fewer people renting cars, the fleet buyers aren’t acquiring as many new vehicles, and so they aren’t off-loading as many older ones.

“There are millions fewer used vehicles that are going to be available starting next year, 2022 and 2023,” he said.

The resulting price spike essentially has created three classes of auto buyers: Those affluent enough to afford new vehicles. People who can afford late-model used cars. And buyers with low incomes or poor credit who are stuck with older, less reliable vehicles.

Texas is nearing the end of what Gov. Greg Abbott (R) called “a once-in-every-120-year cold front,” but that doesn’t entirely explain why more than a million households still had no electricity early Thursday, after three full days of below-freezing temperatures. Plenty of places in the world keep their power on in prolonged arctic weather, and […]

Colorado residents were spared from the massive power outages last week that left more than 4 million Texas households in the dark and bitter cold, about 12 million under orders to boil their tap water and an untold number coping with empty store shelves and disrupted lives. Nor did they have to cope with the […]

PHOTOS: Debris from a United Airlines Boeing 777 rains down in Broomfield

A United Airlines Boeing 777 airplane experienced a right engine failure and scattered parts over a Broomfield neighborhood and Broomfield Commons Park. The plane was bound for Honolulu, Hawaii and returned to Denver International Airport executing an emergency landing. RELATED: LISTEN: Mayday call from United Flight 328 before emergency landing at DIA RELATED: In Broomfield, […]