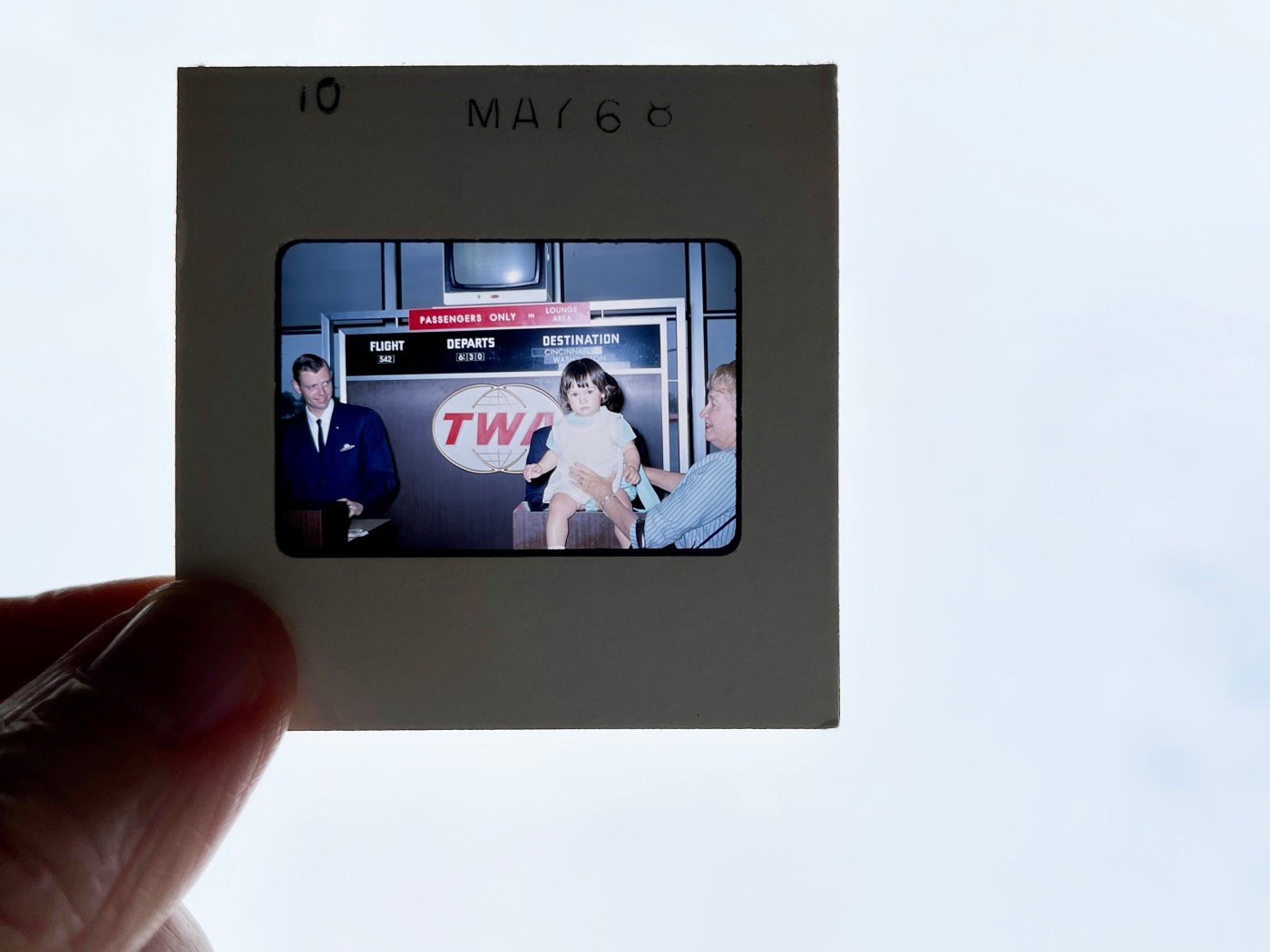 Photography began to go digital about 30 years ago, so if you are older than that your relatives probably documented a portion of your childhood on film-based formats, like slides or prints made from negatives. Or maybe you have stacks of your old slides and negatives from long-lost pictures boxed up in the attic or garage. While not quite as simple as scanning old photo prints, digitizing that film rescues family history from outdated media and makes it easy to share the restored memories. Here are a few ways to get the job done.

As with prints, you can “scan” a slide or negative with your smartphone by taking a picture of it or using one of the many slide/film-scanning apps. For best results, make sure the original is free of dust, and evenly illuminate the transparency from behind. An inexpensive scanning kit — which provides the backlight as well as a place to rest your phone for a more stable shot — is an option.

Kodak’s Mobile Film Scanner kit ($40 or less) is one option. It works with the free Kodak Mobile Scanner app for Android or iOS. Just put a slide or negative on the battery-powered LED backlight, then focus the phone’s camera on it from above and snap a photo. Depending on your phone and its camera(s), however, you may have to experiment with the distance and focus to capture crisp images.

Rybozen makes a similar smartphone film scanner. You can also make your own slide scanner out of common materials to capture images with your smartphone or stand-alone camera with a macro lens for close-up focus. YouTube hosts several videos on the topic — just search for “DIY film scanner” or similar wording to find several guides from do-it-yourself enthusiasts.

Photomyne’s SlideScan inventive app ($40 for two years; a free trial is available) is another option. You hold the slide in front of a laptop displaying a plain white webpage and take a photo of it. The software automatically enhances and crops the resulting image, or you can make manual adjustments. Photomyne’s separate FilmBox app does the same for negatives. FilmLab ($6 a month) is another smartphone scanning app that has Windows and Mac versions.

Smartphone scanning has some downsides. You don’t get the highest-quality results, and it can be tedious if you have many images. But it is relatively inexpensive.

Smartphones can be all-purpose devices, but using hardware designed for a specific task often brings better results. If you have boxes of transparencies to convert, investing in a compact film scanner (like those from Wolverine or Kodak) can simplify and speed up the process for around $150. Plustek makes higher-end models.

A flatbed scanner that can handle film along with prints and documents is another option, like the Epson Perfection V600 (around $250 online).

A construction contractor in Vail faces fines and federal scrutiny after a trench collapse killed a worker and the company “willfully” exposed workers to trench hazards. A4S Construction faces proposed penalties of $449,583 and the Vail company has been placed in the Occupational Safety and Health Administration’s (OSHA) Severe Violator Enforcement Program, according to a […]

Meet DALL-E, the AI that draws anything at your command

By Cade Metz, The New York Times Company SAN FRANCISCO — At OpenAI, one of the world’s most ambitious artificial intelligence labs, researchers are building technology that lets you create digital images simply by describing what you want to see. They call it DALL-E in a nod to both “WALL-E,” the 2008 animated movie about […]

In March 2019, before a gunman murdered 51 people at two mosques in Christchurch, New Zealand, he went live on Facebook to broadcast his attack. In October of that year, a man in Germany broadcast his own mass shooting live on Twitch, the Amazon-owned livestreaming site popular with gamers. On Saturday, a gunman in Buffalo, […]