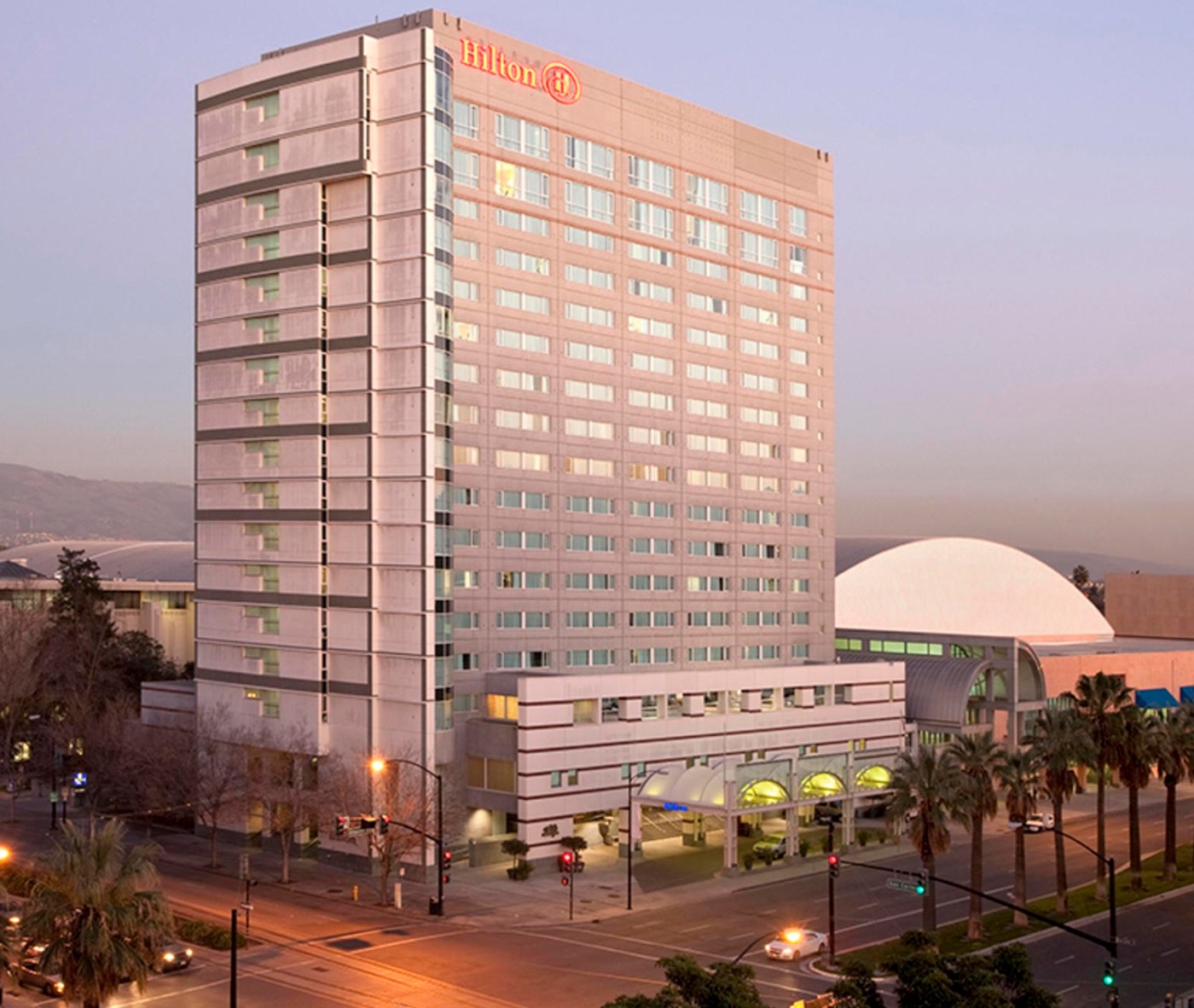 The 18-story hotel tower was sold for $117.55 million, according to JLL, a commercial real estate firm that arranged the sale of the prominent lodging facility.

“Hilton San Jose is proximate to a plethora of Fortune 1000 corporations, including some of the most recognizable names in technology today,” said John Strauss, a JLL senior managing director.

The hotel is directly connected via a sky bridge to the San Jose McEnery Convention Center in the downtown of the Bay Area’s largest city.

JLL noted that the transaction has occurred at the same time that a major development boom has begun to sprout in downtown San Jose.

“San Jose is in the midst of an urban renaissance with millions of square feet of new office space in the pipeline,” Strauss said.

The Hilton San Jose is located at 300 Almaden Blvd. near the intersection of West San Carlos Street. The 550,000-square-foot convention center wraps around two sides of the hotel.

The latest price for the hotel points to sharply rising values for commercial properties in downtown San Jose.

The seller of the hotel, China-based Han’s Holdings Group, bought the Hilton San Jose in 2017, paying $87.3 million at the time, according to research compiled by Irvine-based Atlas Hospitality Group.

In 2019, the owners launched a renovation of the hotel, a facelift that is slated to be completed sometime in 2020, said Alan Reay, president of Atlas Hospital, which tracks the California lodging market.

These sorts of upgrades could be a wise move for an older hotel such as the Hilton San Jose.

“There is quite a lot of new supply of hotel rooms coming into the market,” Reay said. “This hotel was built in 1989. You have to make a lot of renovations to older hotels so they can stay competitive.”

Despite fears that a U.S. Supreme Court ruling would trigger a mass exodus of members from government unions, most of San Jose’s public employee unions remain strong 18 months later. The June 2018 Supreme Court decision — Janus vs. American Federation of State, County and Municipal Employees — was expected to deal a major financial […]

By Scottie Andrew | CNN A 15-year-old orphan is being forced from the Arizona senior community where he lives with his grandparents after the homeowner’s association said it could face legal issues if he stayed. Collin Clabaugh moved from California to live with his grandparents in Prescott after his parents died within two weeks of […]

As the philanthropic landscape continues to evolve in 2020, expect these meaningful developments: Political fundraising will challenge charitable fundraising 2020 is likely to be the most-expensive-ever U.S. political campaign year. Billions of dollars will be donated to national, state and local campaigns. It is projected that media spending alone on U.S. presidential and congressional races […]