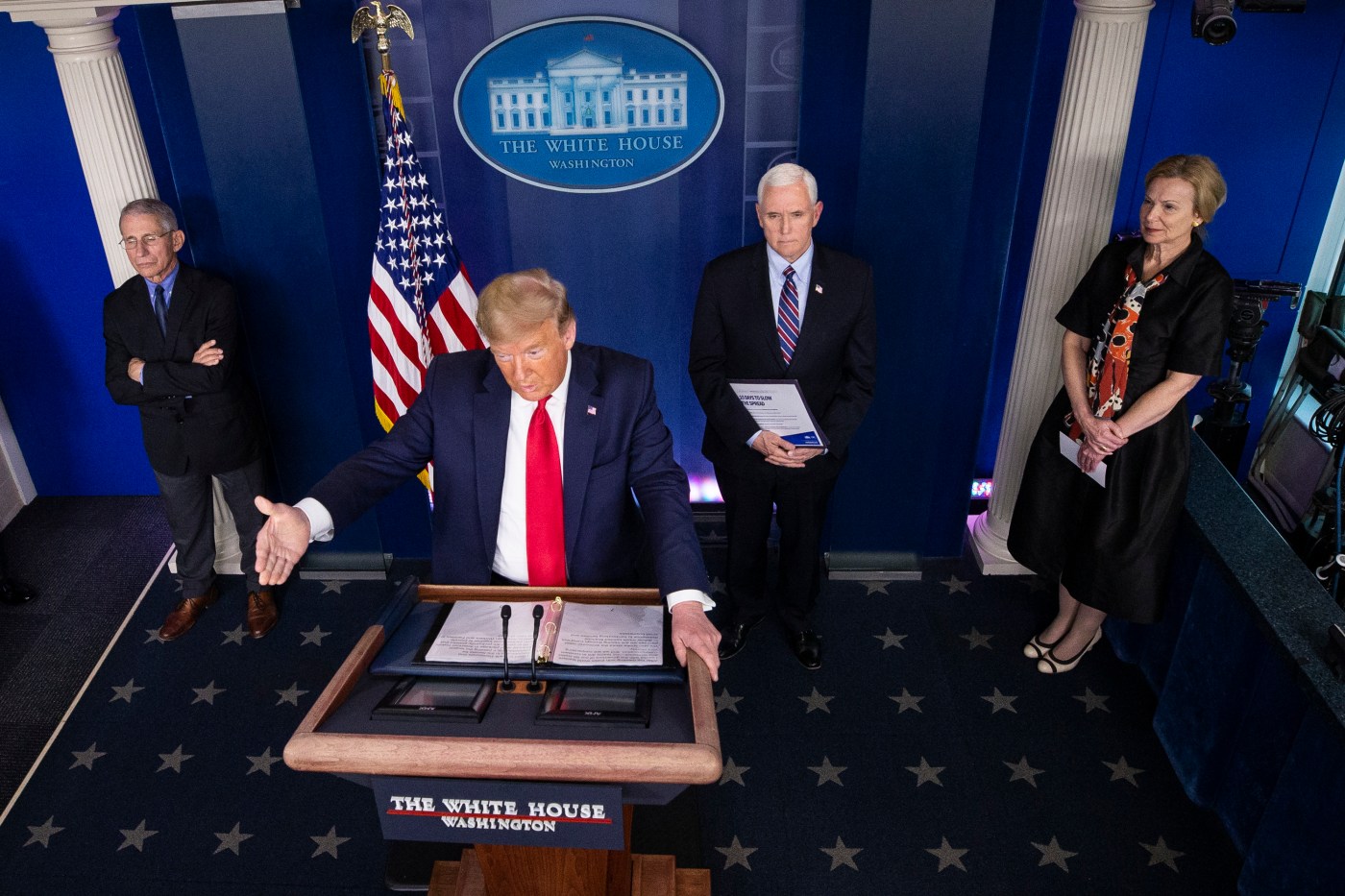 The United States now has the highest number of known cases of coronavirus in the world with more than 81,000, according to CNN’s tally of cases reported by health officials.

The US cases piled up Thursday, surpassing China and Italy. The per capita rate of cases varies because of the countries’ vast differences in population.

As of Thursday evening, the United States had at least 81,836 cases while China was reporting 81,782. There have been more than 510,000 cases reported worldwide. The countries’ numbers are changing constantly and both the totals and the rank order of countries could change at any time.

The grim milestone comes just as US officials reported a new high for fatalities reported in a single day.

At least 237 new deaths were reported Thursday, bringing the total number of deaths nationwide to at least 1,186.

The spike of cases has hospitals around the country scrambling to keep up with the demand for care.

In New York, where more than half of the US cases have been reported, exhausted hospital workers are turning to increasingly desperate measures to combat the virus.

A registered nurse described what she has experienced inside a Long Island hospital and the toll that caring for coronavirus patients is taking on health care workers.

“I haven’t slept because my mind won’t shut off. I cried in the bathroom on my break, as I peeled off the PPE from my sweaty self, mask indentations on my face. I cried the entire ride home,” the nurse wrote in a social media post.

The nurse, whom CNN is not naming, says patients are streaming in with “non stop coughing, sweaty, fevers” and with “fear in their eyes.”

“I cry for the ones who passed away. I cry because we intubated 5 patients within 10 min and im terrified. I cry for my co workers, because we know it will get worse and I already feel like that is impossible and we are already at our breaking point, I cry for the parents, children, siblings, spouses who cannot be with their loved ones who may be dying but cant have visitors because there is no visiting allowed,” the nurse added.

At least 1,186 people have died from coronavirus in the United States.

The highest number of deaths reported in a single day came Wednesday, with 223 deaths.

Health officials are warning that numerous hospitals around the country may run out of beds within two weeks as cases continue rising.

If more beds don’t become available, “then we don’t have resources to save the lives that we need to save,” former Louisiana Secretary of Health Dr. Rebekah Gee said. “That’s why these stay-at-home orders are so important.”

But “we have not seen the peak of the crisis yet,” Gee said.

US coronavirus deaths could peak in 3 weeks, epidemiologist says

The Latest: 13 hospitalized, 1 dead from cruise ship in Fla.

The Associated Press The Latest on the coronavirus pandemic. The new coronavirus causes mild or moderate symptoms for most people. For some, especially older adults and people with existing health problems, it can cause more severe illness or death. TOP OF THE HOUR: — 13 hospitalized, 1 dead from cruise ship with coronavirus victims in […]

How to get your coronavirus stimulus check as quickly as possible

Americans across the country, many of whom are facing dire financial situations amid the COVID-19 crisis, are eagerly awaiting payment from the federal government’s stimulus package. In fact, if unemployment spikes in California and the United States are any indication, the situation is urgent for millions. But in the past, those payments have taken weeks […]

Real estate agents have serious concerns about what would seem to be good news: reclassifying their work as “essential” in this era of coronavirus fears. Over the weekend, residential real estate sales were added to an updated list of essential services from the U.S. Department of Homeland Security Cybersecurity and Infrastructure Security Agency. That seemingly […]