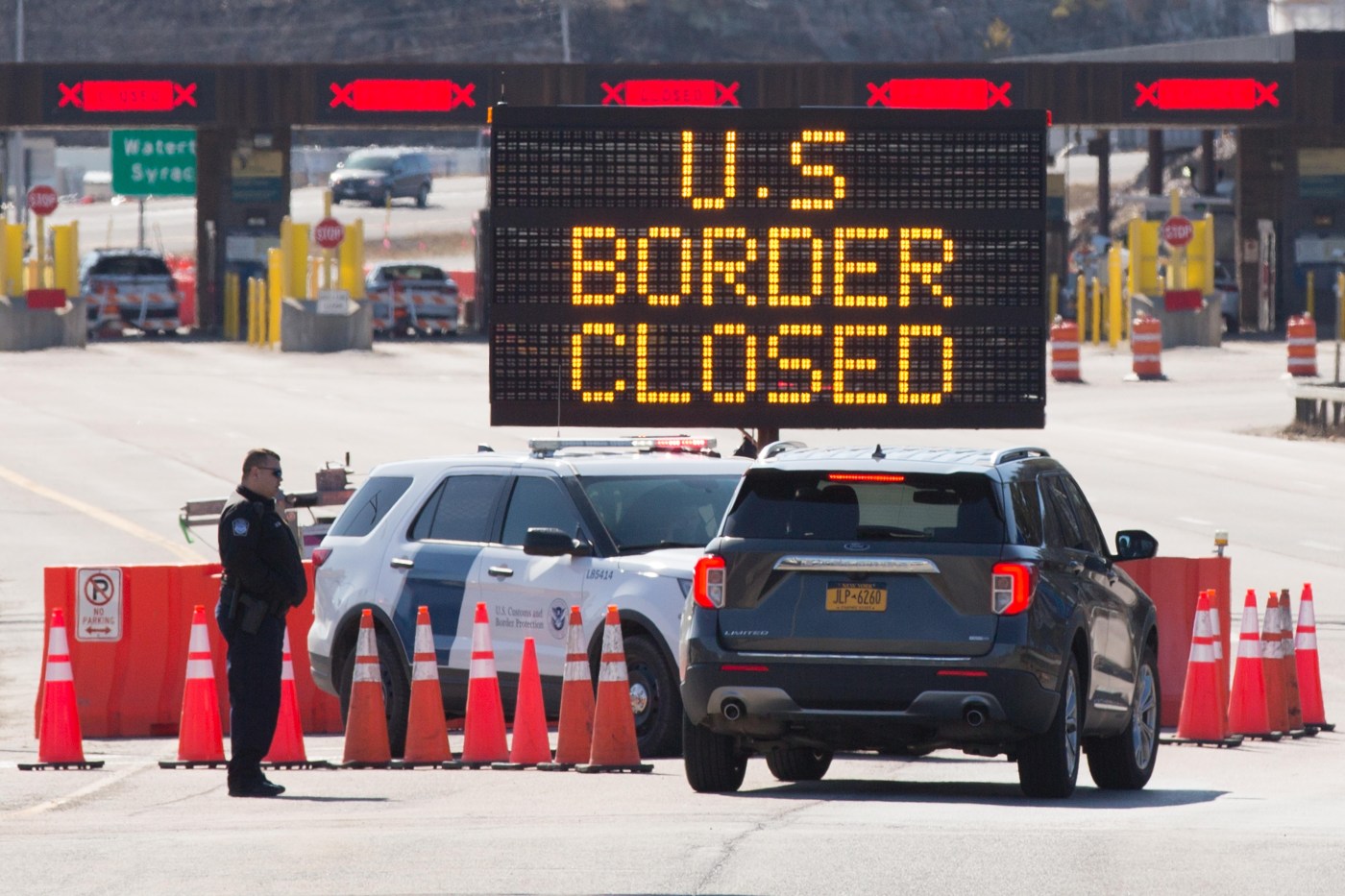 OTTAWA – Canada on Thursday attacked a U.S. proposal to deploy troops along the undefended joint border to help fight the spread of coronavirus, saying the idea was unnecessary and would damage relations.

The uncompromising comments were a surprise, since Ottawa has enjoyed smooth relations with U.S. President Donald Trump’s administration over the past 18 months. Last week, the two nations agreed to close the border to non-essential travel to ease the outbreak’s strain on health systems.

Canadian Deputy Prime Minister Chrystia Freeland, however, made clear the Liberal government had no time for a plan to send hundreds of troops to the border to boost security.

“Canada is strongly opposed to this U.S. proposal and we have made that opposition very, very clear … this is an entirely unnecessary step which we would view as damaging to our relationship,” Freeland told a news conference.

“The public health situation does not require such action,” she said, noting Washington had yet to take a final decision.

Speaking at the White House, Trump appeared to lack details on the possible troop deployment and said he would look into the matter.

He said it would be “equal justice” since U.S. military have deployed to play a support role on the border with Mexico.

A U.S. official familiar with the matter said that U.S. Customs and Border Protection is stressed on the northern border because virtually all patrol officers and border crossing officials were shifted to the southern border, where they are supplemented by a brigade from the 101st Airborne Division, a Marine battalion and National Guard personnel.

The Canada-U.S. border stretches 8,891 km (5,525 miles) and is a crossing point for one of the world’s largest bilateral trading relationships.

Kirsten Hillman, who Prime Minister Justin Trudeau announced on Thursday would be Canada’s ambassador in Washington, told the Canadian Broadcasting Corp that the proposed deployment “sends a message that there’s a problem, and there isn’t.”

Trudeau earlier said Ottawa was in touch with U.S. authorities and would adjust border security measures if needed.

The state of New York, which shares a border with Canada, has been an epicenter of the U.S. outbreak.

Tim Currier, the mayor of Massena, New York, a town of 13,000 people located 15 km (9 miles) from the border, said the deployment could spark panic if it were not communicated properly.

“I’m concerned about how citizens look at that,” he said.

Canada has reported about 3,500 coronavirus cases and 35 deaths.

By Faith Karimi | CNN Journalist Alice Stockton-Rossini hosted a 90th birthday for her mother last month in New Jersey. At the time, the radio host said, she had no idea she’d been infected with coronavirus while covering an outbreak in New Rochelle, New York. Stockton-Rossini later tested positive for coronavirus, and says she believes […]

CAPE CANAVERAL, Fla. — Apollo 13′s astronauts never gave a thought to their mission number as they blasted off for the moon 50 years ago. Even when their oxygen tank ruptured two days later — on April 13. Jim Lovell and Fred Haise insist they’re not superstitious. They even use 13 in their email addresses. […]