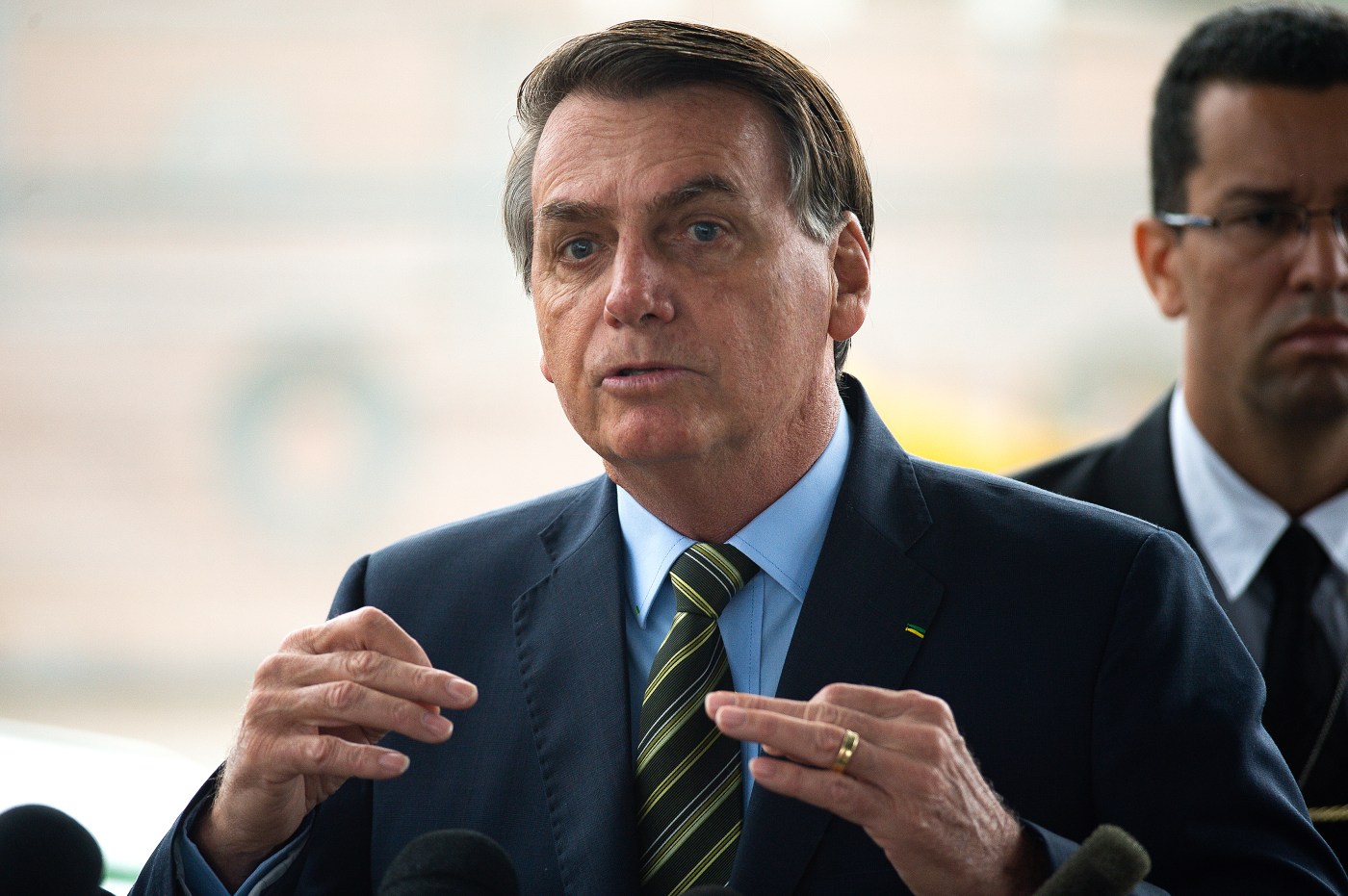 BRASILIA – President Jair Bolsonaro on Wednesday blasted as criminals the governors and mayors of Brazil’s largest states and cities for imposing lockdowns to slow the coronavirus outbreak, as tensions with his health minister simmered.

Bolsonaro has aligned himself with U.S. President Donald Trump in prioritizing the economy over the shutdowns favored by public health experts – including his own health minister Luiz Henrique Mandetta – who have warned the outbreak in Brazil could trigger a collapse of the healthcare system next month.

“Other viruses have killed many more than this one and there wasn’t all this commotion,” Bolsonaro told journalists. “What a few mayors and governors are doing is a crime. They’re destroying Brazil.”

As his boss downplayed the virus, national security adviser Augusto Heleno on Wednesday ignored medical advice to self-isolate for two weeks, instead returning to work just seven days into his quarantine after a positive coronavirus test. Heleno also attended cabinet meetings on the day he was waiting for the test result, Reuters learned.

In opposing shutdowns in Brazil’s biggest cities and states, Bolsonaro has cast himself against local officials, congressional leadership, in addition to his health minister.

On Tuesday night, he played down the threat of the virus, assuring Brazilians that “90% of us will have no symptoms if contaminated” and his “history as an athlete” meant he personally would suffer at most “a little flu.”

Senate President Davi Alcolumbre denounced his speech and called for “leadership that is serious, responsible and committed to the life and health of its people.”

Sao Paulo Governor Joao Doria took Bolsonaro to task for not setting an example for Brazilians and appealed for him to “lead the nation, not divide it” at a time of crisis.

The two have been at odds since Bolsonaro flouted guidelines and physically greeted supporters on March 15.

The country’s top medical associations issued statements in support of Mandetta’s approach to dealing with the epidemic, amid fears that the minister might resign from the job.

At a news conference on Wednesday, Mandetta, who denied that he was quitting, stressed the gravity of the epidemic and the need to keep up the drive to isolate the population from the virus.

Demand for electricity, a strong indicator of economic activity, fell sharply at the start of the week in Brazil, according to the National Electricity System Operator.

The agricultural sector, a powerhouse of the Brazilian economy, also said it was suffering due to the coronavirus, with farm lobby CNA warning that grain, coffee and sugarcane growers were facing operational hurdles.

Still, the Economy Ministry said it will not sacrifice long-term debt targets in order to rescue the economy. An official said there was no capacity for huge fiscal packages to fight the coronavirus crisis.

By Arshad Mohammed and Humeyra Pamuk | Reuters WASHINGTON – U.S Secretary of State Mike Pompeo held out the possibility on Tuesday that the United States may consider easing sanctions on Iran and other nations to help fight the coronavirus epidemic but gave no concrete sign it plans to do so. The comments reflected a […]

Coronavirus: How can I get unemployment benefits if I lost my job or my hours were cut?

Gov. Gavin Newsom said Tuesday more than 1.6 million Californians have filed for unemployment since March 13, including 150,000 since the start of the week. The economic impact of the coronavirus pandemic is staggering and has forced the state to re-deploy hundreds of staffers at the Employment Development Department to be able to process claims […]

Biden works to get his message out during the pandemic

By Trevor Hunnicutt | Reuters March 23 – Joe Biden’s presidential campaign installed a television studio in his basement over the weekend so the Democratic front-runner could demand bolder action from President Donald Trump on the coronavirus crisis and speak directly to the country. But when he delivered the debut speech on Monday morning, major […]