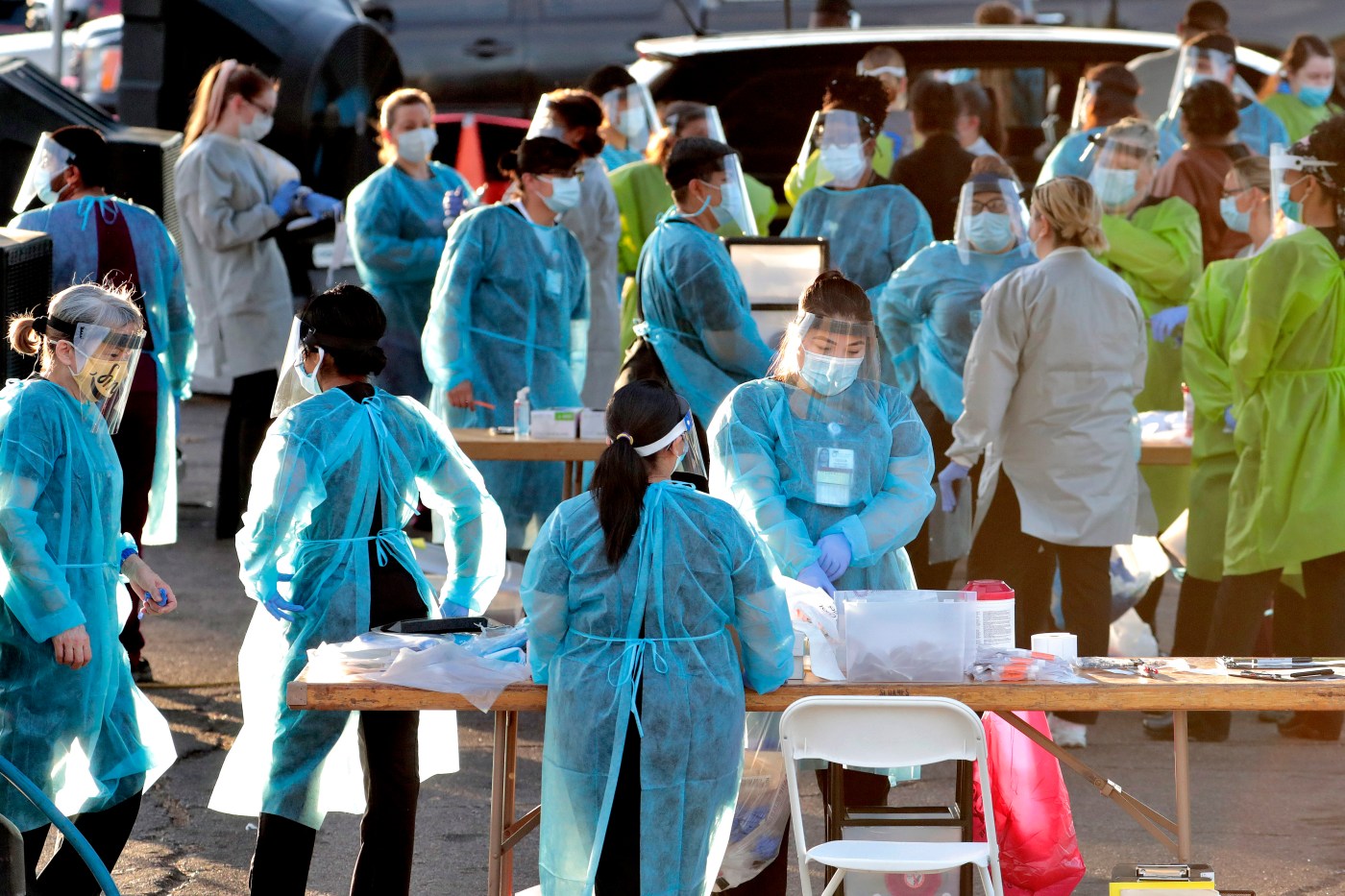 Among those implementing the face-covering orders is the city of Jacksonville, Florida, where the mask-averse President Donald Trump plans to accept the Republican nomination in August. Less than a week after Mayor Lenny Curry said there would be no mask requirement, city officials announced that coverings must be worn in “situations where individuals cannot socially distance.”

Trump has refused to wear a mask during visits to states and businesses that require them.

Arizona Gov. Doug Ducey’s order went into effect immediately and for at least 30 days. Ducey also also ordered public schools to delay the start of the classes at least until Aug. 17.

“Our expectation is that our numbers next week will be worse,” he said.

Arizona health officials reported 3,858 more confirmed coronavirus cases Sunday, the most reported in a single day in the state so far and the seventh time in the last 10 days that daily cases surpassed the 3,000 mark. Since the pandemic began, 74,500 cases and 1,588 deaths stemming from the virus have been reported in Arizona.

Most Arizona bars and nightclubs opened after Ducey’s stay-at-home and business closure orders were allowed to expire in mid-May.

The state is not alone in its reversal. Places such as Texas, Florida and California are backtracking, closing beaches and bars in some cases amid a resurgence of the virus. Oregon and Kansas, meanwhile, announced Monday that everyone would be required to wear masks in public.

In New Jersey, Gov. Phil Murphy announced Monday that he’s postponing the restarting of indoor dining because people have not been wearing face masks or complying with recommendations for social distancing. New Jersey has been slowly reopening, and on Monday indoor shopping malls were cleared to start business again.

In Texas, a group of bar owners sued on Monday to try to overturn Republican Gov. Greg Abbott’s order closing their businesses. They contend Abbott doesn’t have the authority, and they complained that other businesses, such as nail salons and tattoo studios, remain open.

“Gov. Abbott continues to act like a king,” said Jared Woodfill, attorney for the bar owners. “Abbott is unilaterally destroying our economy and trampling on our constitutional rights.”
But New York Gov. Andrew Cuomo said that Abbott is on the right path, and he added that Trump should order the wearing of masks.

Governors in Oregon and Kansas on Monday said they were issuing executive orders requiring people to wear masks in public. Oregon …read more

When it comes to assessing homes or businesses, there is not a Democratic or Republican way. County assessors fairly and equitably administer California’s complex property tax laws and regulations. We try to ignore the political consequences of our actions. Sometimes our assessments result in property tax increases. Other times, we lower property taxes to reflect […]

Chuck E. Cheese – where kids could be kids while parents nursed headaches – is filing for bankruptcy protection. The 43-year-old chain, which drew kids with pizza, video games and a singing mouse mascot, was struggling even before the coronavirus pandemic. But it said the prolonged closure of many outlets due to coronavirus restrictions led […]

Applications for unemployment aid fall to a still-high 1.48 million

WASHINGTON — The number of laid-off workers who applied for unemployment benefits declined slightly to 1.48 million last week, the 12th straight drop and a sign that layoffs are slowing but are still at a painfully high level. The steady decline in claims suggests that the job market has begun to slowly heal from the […]