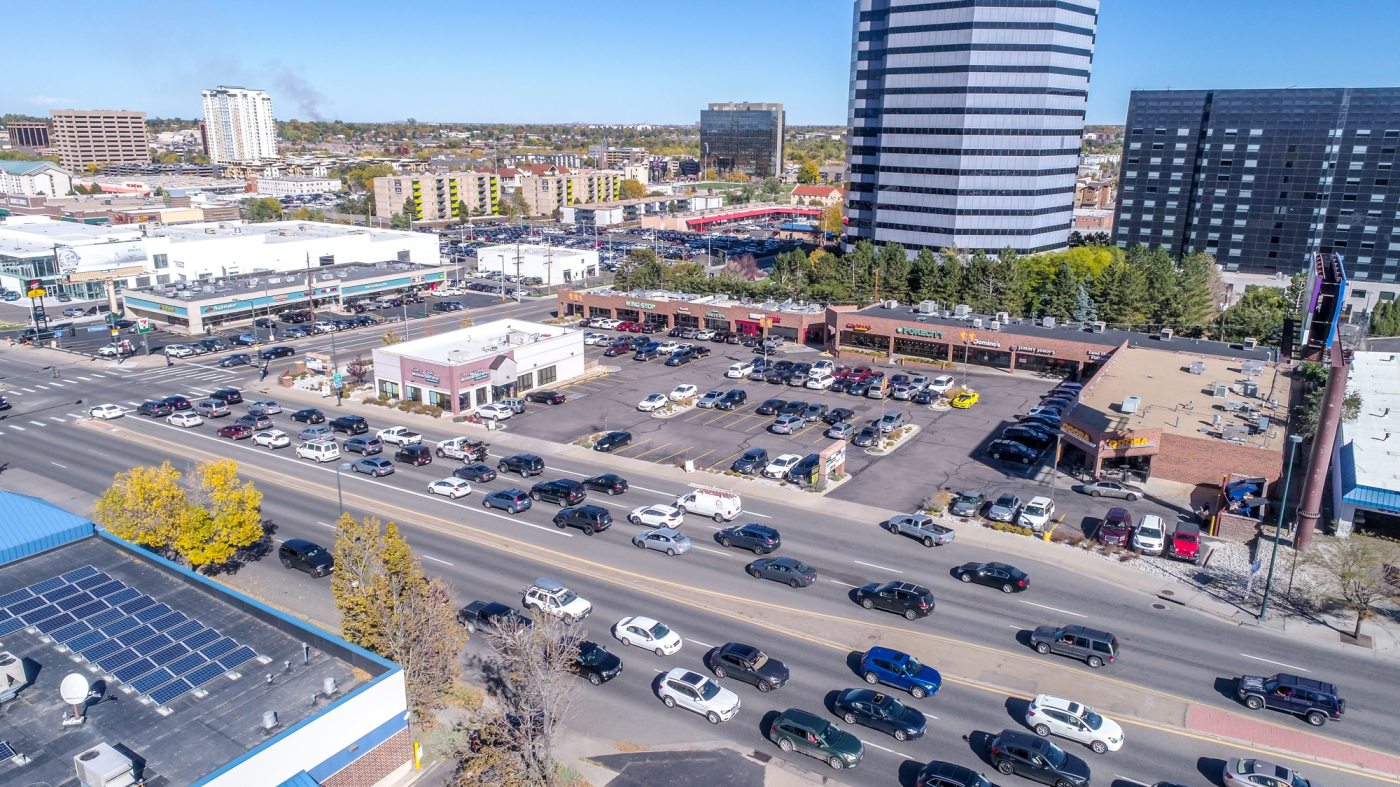 Around the late 1940s, Jim Austin’s father purchased Square One retail center through a $100 handshake deal at a bar.

“My father ran across someone who was obviously in the mood to sell, I’m guessing at the bar in the old Cosmopolitan Hotel,” Austin said. “That was the down payment, but I’m sure there was more money involved.”

“The family legend is that it was bought back when Colorado Boulevard was a two-lane dirt road,” he added.

Square One, located at the corner of Colorado Boulevard and Mississippi Avenue in Glendale, was home to the first McDonald’s in Colorado, which opened in 1962 and was also the first McDonald’s anywhere with indoor seating. Austin still has a letter to his father from Ray Kroc, who bought the business in 1961 and is credited for making the fast food chain what it is today.

When his father James died in 1976, Jim and his older sisters Patricia and Michele took over Square One.

“But about 20 years ago we set a target date and came to agreement that when we all get to a certain age, we need to reevaluate our options so we can enjoy our sunset years,” Austin said.

Brokers marketing Esquire Theatre in Denver nab it for $2.1M

The 24,539-square-foot retail center, which sits on 2.3 acres, is currently home to 12 businesses, including chains like Qdoba, Jimmy John’s, PokeCity and Smashburger.

“Kentro Group considers Square One Center a core plus location sitting on Colorado Boulevard, one of the busiest streets in the metro area that is surrounded by many of Denver’s great neighborhoods,” Jimmy and George Balafas wrote in an email. “We plan to keep the asset running with its existing great roster of tenants and are thrilled to add this asset to our portfolio.”

Broker Peter Pavlakis with Legend Partners represented the Austin family in the deal.

Kentro Group also owns the Trader Joe’s-anchored Colorado Plaza in Hale and the former Colorado Department of Transportation headquarters site in Virginia Village, where it plans to build a mix of uses.

FREMONT — A new Starbucks will be coming soon to a parking lot off Auto Mall Parkway near Interstate 680. The Fremont Planning Commission voted 3-2 last month to approve the new store, which will be built in the existing parking lot of The Home Depot at 43900 Ice House Terrace, in the city’s East […]

Empower Retirement announced Wednesday that it will acquire the retirement arm of Prudential Financial, the latest deal in a series the Greenwood Village company has strung together as it tries to get a leg up on rivals. Empower Retirement, in a transaction valued at $3.55 billion, will gain oversight of the more than 4,300 workplace […]

Brokers marketing Esquire Theatre in Denver nab it for $2.1M

Two brokers at a Denver commercial real estate firm have purchased the Esquire Theatre building along 6th Avenue after being hired to market it for sale. Tim Finholm and Sam Leger of Unique Properties bought the theater at 590 N. Downing St. for $2.1 million, according to public records. Their firm originally listed the property […]